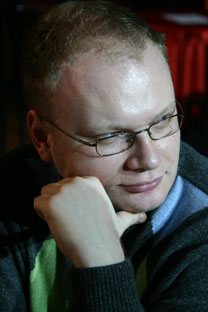 According to Kommersant editor-in-chief Mikhail Mikhailin, Moscow’s best doctors decided on the second surgery for Oleg Kashin on Sunday.

Mikhailin added that the journalist's state is assessed as serious but stable. Oleg Kashin is still in an induced coma in order to avoid shock from the pain.

The journalist was attacked on Friday night near his home. Witnesses said two men were beating the man with a heavy object. Oleg Kashin suffered severe injuries and has been taken to hospital.

A criminal case has been launched on charges of murder attempt. President Dmitry Medvedev has instructed Prosecutor General Yury Chaika and Interior Minister Rashiod Nurgaliev to take the case under his special control, Interfax reports.

Later, Dmitry Medvedev wrote also in his Twitter, “I have ordered the Prosecutor General’s Office and the Interior Ministry to take the journalist Kashin’s attempted murder case under special control. The criminals should be found and punished.”

“The investigation is considering various motives behind the assassination attempt, including his work, of course. Currently, the investigators are studying the CCTV footage. It's clear that there were two attackers”, the agency quoted Investigation Committee spokesperson Vladimir Markin as saying.

Mikhail Mikhailin believes that the assault was connected with Kashin's publications.

During the attack they broke his fingers. When he was found, he had his telephone, money and documents,” Mikhailin said. “Apparently, those who did this do not like what he says and writes.”

Former chief editor of Kommersant, Andrey Vasiliev, noted that Oleg Kashin was also an outspoken blogger –so his views could provoke such a response..

“Of course, the reason for this attack is Kashin's professional activity. He was a popular blogger, and he was more open and outspoken online than in the paper. Kommersant has a more reserved style,” said Vasiliev. “This beating is very similar to the attack on journalist Michail Beketov which took place a couple of years ago. The smashing of his fingers, for example, so that he couldn't write any more. There is an element of a horror show here.”

The journalist specializes in political and social news. He has been covering a number of controversial issues, including the situation surrounding Khimki Forest.

Several activists protesting the road development through the Khimki Forest, which requires extensive logging, have also been attacked in recent months.