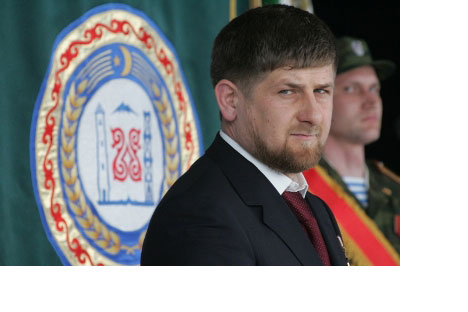 Political commentator George Friedman wrote in the aftermath of the November US midterms which left the Democrats with a headache: "Obama comes out of this election severely weakened domestically. If he continues his trajectory, the rest of the world will perceive him as a crippled president, something he needn't be in foreign policy matters". Friedman stresses that, given the bulk of Washington's geopolitical problems; Obama has to demonstrate efficiency in handling domestic ones such as unemployment which is provoking tensions in the US society. In this regard, Obama must be credited with acting decisively.

Explaining the economic priorities of the US international politics shortly before his November 6-9 visit to India, Obama talked about opening up overseas markets to help the US business, to ensure unconstrained flows of US exports, and to create jobs in the US. He projected that the deals to be sealed in India would total some $12b and translate into employment opportunities for 50,000-60,000 Americans.

Delhi responded to the US president's call eagerly and mentioned among other aspects of the bilateral cooperation the importance of synchronizing the US and Indian approaches in the nuclear energy sphere. The statement sounded like a veiled reaction to the US offer to lower the trade barriers between the two countries.

The US-Indian economic relations include a hidden agenda. On the one hand, according to the US Department of Commerce India occupies the modest 12th position on the list of US trade partners with the turnover of $37b in 2009 and $32b in January-August, 2010. On the other, India's market is a major lure to Boeing, General Electric, and other US grands, and – especially in the light of the defeat suffered by the Democrats in the November midterms – Obama feels strong about signaling to US companies the Administration's awareness of their interests.

Boeing is to sell to India ten S-17 military transport aircrafts for its rapid reaction forces, the deal being supposed to boost the country's ability to balance China's growing influence over South Asia. On top of that, part of Boeing's plans is to sell 33 latest version B-737 liners to India's budget carrier SpiceJet Airlines, and US companies are negotiating the supply of helicopters (the Tata corporation takes particular interest in the deal) and missile systems to Delhi.

The Herald Tribune remarked that two circumstances favored the US interests on the eve of Obama's India tour. First, India is emerging as one of the world's top weaponry markets and – considering that its military budget adds 7-8% annually – its arms acquisitions over the coming five years will likely total $50-80b. Secondly, throughout the recent years Delhi was lessening its “traditional dependency” on Russia for jet fighters, military ships, and missile systems. The trend breeds in Washington optimistic expectations concerning the outcome of India's tender to buy 126 multifunctional fighters, where bids are staked by Boeing, Lockheed Martin, and four companies from West Europe and Russia.

Indian political circles do view the “new friendship” with the US with caution. The US in not a tested partner in arms trade and India was occasionally exposed to sanctions in the past due to oscillations of the US political preferences. Moreover, the US is massively supplying weapons to Pakistan while India is locked in a rivalry with the country.
Still, the team of some two hundred businessmen who accompanied Obama on his trip to India seemed enthusiastic: India's mighty market is growing steadily and the cost of labor in the country is at least a factor of eight below that in the US.

Besides, there is no shortage of Indian lobbyists of Washington's interests to promote US technologies across the country.

The geopolitical settings of South and Central Asia do cast a shadow over the prospects for the US-Indian cooperation. Two circumstances matter in this context. First, Obama strictly avoids taking a side in the Indian-Pakistani standoff as Pakistan continues to play a key role in the US strategy and Washington cannot sacrifice the NATO capabilities in Afghanistan - and the US designs for greater Central Asia upon the Western coalition's withdrawal from Afghanistan - to a strategic partnership with India. Secondly, Obama has no intention to put the containment of Beijing on military tracks and therefore – contrary to the expectations of an influential political faction in Delhi – does not count on India as a counterforce to China.

One often gets an impression that the Indian political elite lacks realism in dealing with China and South Asia. M.K.Bhadrakumar, a remarkable Indian political analyst, wrote: "India could and should have been a serious player had our diplomacy not allowed our understanding with Russia and Iran to wither away through the past 9-year period".

Andrei Volodin is a political scientist and a professor (Ph.D. in History).