Feel the pulse of the universe at the Moscow Planetarium 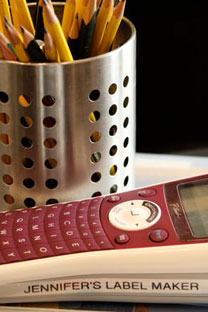 The Moscow Planetarium is set to reopen in December after a facelift that lasted 16 years and cost 3 billion rubles ($100 million). The new planetarium will have a museum with large collections of meteorites and astronomy tools, conference halls, gift shops, space attractions for children, and a restaurant. The reconstruction efforts have expanded the surface area of the building five-fold—from 30,000 square feet to 150,000—while preserving the building’s historic façade. A more advanced projection system will be installed in the main room to show in the dome how stars fall, meteorites fly and planets rotate.

The planetarium, located in central Moscow just outside the Garden Ring, has a long and dramatic history. For many years, it was one of the main curiosities of the Russian capital. During the Soviet era, the planetarium was the center of attention for those who wanted to learn about astronomy—from cosmonauts and scientists to tourists and students.

When the Moscow Planetarium opened on Nov. 5, 1929, it was considered once of the best and biggest in the world. Architects Mikhail Barshch and Mikhail Sinyavsky designed the building, which featured a dome 27 meters in diameter and a projection system for showing the movement of 5,400 stars and planets.

Many well-known Soviet scientists began their careers under the dome of the Moscow Planetarium. During World War II, special courses on “Astronomy for Explorers” were taught, aimed at teaching young military explorers how to orient themselves in unknown territory using the stars as a guide. Such knowledge saved many lives during the war. In the 1960s, the first Soviet cosmonauts also took astronomy courses at the planetarium. In the 1980s the “Fantastic Theater” started there, with different shows based on books from well-known science fiction writers. In the 1990s, however, the planetarium found itself the center of lawsuits and economic disputes.

After the fall of the Soviet Union in 1991, many state institutions became private property. The Moscow Planetarium was acquired by Russian entrepreneur Igor Mikitasov, who planned to use the building as the foundation for a big entertainment center, and closed it for reconstruction in 1994. However, Mikitasov was unable to find enough money to carry out his ambitious project, and by the end of the 1990s, the majority stake in the building passed to the Moscow city government.

Reconstruction began in 2002, but the work was interrupted several times due to lack of financing along with disputes between the city government and private shareholders, who still owned 39 percent of the planetarium. In 2008, Moscow authorities interrupted the reconstruction, disclosing that the planetarium was 9 million rubles in debt ($300,000) to the contractor performing the work. The organization then went into bankruptcy and Mikitasov was fired as the planetarium’s director.

Last year, 100 percent of the Moscow Planetarium shares were transferred to city authorities. Shortly thereafter, then-Moscow Mayor Yury Luzhkov promised to reopen the complex by the end of 2010. The Moscow authorities earmarked $15 million from the city budget to buy new equipment for the planetarium. Finally, the long series of lawsuits, scandals and disputes involving the institution came to an end.

It’s hard to predict if the restored Moscow Planetarium will be able to re-establish the prestige and popularity it had in the Soviet era. But given the rapid development of space technology and the growing interest in astronomy around the world, it is possible that the legendary complex will regain its place as one of Moscow’s main attractions as well as one of the most important centers of astronomy in Russia. Regardless, reopening the planetarium will once again give thousands of people the unique opportunity to feel the pulse of the universe and observe the mysteries of life in space.