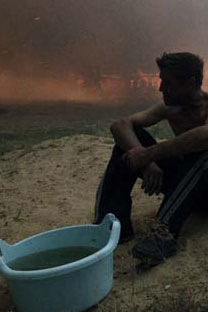 The federal network operator NIS GLONASS signed an agreement to establish a consortium with DIMTS (Delhi Integrated Multimodal Transit System), India, for participating in tenders to create Intelligent Transport Systems (ITS) in Indian metropolitan areas that are to provide traffic monitoring solutions. DIMTS is a joint venture between the New Delhi Government and IDFC (Infrastructure Development Finance Company), a major Indian financial and investment corporation.

Under the New Delhi transport monitoring and management pilot zone based on GLONASS/GPS technology, the software and hardware supply contract was signed with GLONIS Solutions private.

Additionally, a Memorandum of Understanding was signed with Kerala State Electronic Development Corporation Limited (KELTRON), a major Indian system integrator, for a pilot project in the state of Kerala and joint participation in state government tenders. Two more contracts on pilot projects in the states of Gujarat and Karnataka are due to be signed by the end of 2010.

GLONASS/GPS solutions offered by NIS GLONASS in India are based on the technology platform of NPP Transnavigatsiya, which is part of M2M telematics group.

India is a world leader in developing and implementing telecommunication systems. International cooperation in this area of strategic interests is one of NIS GLONASS’s goals for promoting and distributing GLONASS navigation solutions worldwide.

In March 2010, Roscosmos, Indian Space Research Organisation (ISRO) and NIS GLONASS signed a Memorandum of Cooperation. Later on, representatives from NIS GLONASS and Antrix (an ISRO subsidiary) agreed in Bangalore to set up a joint venture for providing navigation and information services on the GLONASS\GPS platform.

In August 2010, NIS GLONASS inked its very first contract, with HBL Power Systems, for delivering satellite navigation systems for transport monitoring and management. Regional dispatching centres are being established under the project in the states of Andhra Pradesh, Karnataka and Kerala.