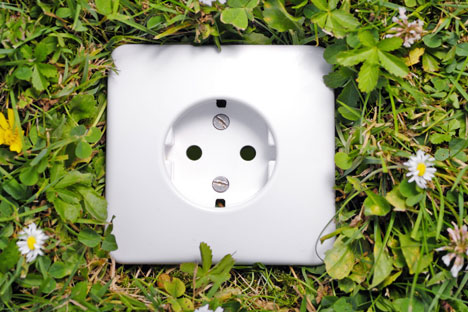 The use of solar energy, though still nascent, is considered a promising alternative energy source in Russia.

Russia may be associated more with long, dark winters than sun-drenched days, but that does not stop private companies from tapping into a growing market for solar energy.

“If we get an order from a Russian customer, we try to complete it quickly to aid the market development in the country,” Zaks said.

A number of Russian private companies are creating joint ventures with Rusnano, the state technology corporation, to address local needs.

Solar Wind is starting a $160 million project, with Rusnano as a partner, in which it will make double-sided solar panels for domestic use. These are panels that collect solar energy from both sides. Zaks said there are only a few companies making such panels.

The plant, which may start working at the end of this year or in the first quarter of 2011, will have an annual manufacturing capacity of 30 megawatts at the start, and will eventually ramp up to 120 megawatts per year.

The volume of Solar Wind’s domestic sales is still much smaller compared with exports, Zaks said, though he declined to name the percent. He said private firms and regional governments are his customers locally, and the company exports solar panels to more than 22 countries, including Germany, Britain and the United States.

Industry insiders said solar energy could become a real alternative for traditional energy sources in a number of the country’s regions.

“The Krasnodar region and most parts of Siberia have insolation levels [average exposure to the sun’s rays] comparable to the south of France and central Italy, where solar energy is currently booming, while the Zabaikalsky region gets more solar energy than Spain,” said Vasily Malakha, head of the environment monitoring department at the Electricity and Energy Council of the Commonwealth of Independent States.

The Krasnodar region started paying attention to solar energy after it launched an energy-efficiency target program in 2006. The region is using solar panels not only for electricity production but also for heating water. The roof of the central hospital in Ust-Labinsk, a town northeast of Krasnodar, is being covered by 300 solar panels.

The installation will heat water for the hospital’s daily needs year-round, said Alexander Kiselyov, deputy chief doctor of the hospital, adding that the solar panels would heat a daily water supply.

Solar energy use has a future in Russia, but this kind of energy should be used only in combination with other renewable energy sources, said Brigitte Schmidt, a board member of Eurosolar Deutschland, the German division of the European Association for Renewable Energy. Solar energy has not become popular in Russia because of its focus on oil exports, she said by telephone from Germany.