Kashin is a broken mirror 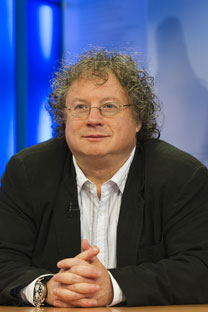 The brutal beating of journalist Oleg Kashin smack in the center of Moscow could not but shock the Russian public, which should have already become used to such shocks over the past years. Eight journalists have been killed this year alone, with another 40 having been attacked. Many high-profile murders of members of the media have not been solved or have been solved only partially. Criminals know that the statistics for solving crimes against journalists are on their side. This merely increased the sense of impunity and the feeling that they could get away with anything among them and those who commissioned such murders. —Rossiiskaya Gazeta

The criminals knew very well that an attack on a prominent journalist would resonate throughout the country, yet this did not deter them, because they were sure that the resonance, the groundswell of emotions—however strong—that their crime would trigger in and outside the country, did not mean that they would be caught, tried and sentenced. Russian statistics are on their side again. This is partly why President Dmitry Medvedev should be commended for reacting promptly to Kashin’s beating and ordered the Prosecutor General and the Interior Ministry to take the case into their own hands.

The president wrote in his Twitter feed: “The criminals must be found and punished.” Let us hope that this time around, this will be the case. Dmitry Medvedev reaffirmed his commitment to do everything to have the crime solved at a meeting with Rossiiskaya Gazeta staff. “They will be found,” he said, referring to those who made the attempt on Kashin’s life. “I have no doubt about it. No matter what forces are behind it, right, left or center. The perpetrators must be exposed and punished.”

I think by saying this, the Russian president showed political courage. If the criminals are caught and the public is convinced that justice has prevailed, then it is possible to say that Medvedev has kept his promise, which by no means always happens with political leaders.. Undoubtedly, it will give a boost to Medvedev’s and Russia’s image in the world.

The way a country treats its journalists is a clear indicator of how it is developing. What happened to Oleg Kashin and the public reaction to it is an accurate diagnosis of Russia’s current state. This is why the president’s attitude to this tragedy is so important. The tragedy cannot be put down to revenge on a serious journalist for his public position or professional activities. It is a tell-tale social sign, because a journalist is part of the mirror in which Russian society sees its reflection. Society should handle that mirror with care if it wants to be able to look at itself.

Nikolai Zlobin is the director of the Russia and Eurasia Project at the World Security Institute in Washington, DC