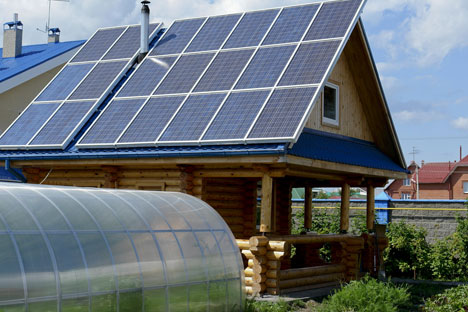 Every year, Russia wastes enough energy to power the French economy, but new evidence suggests that the Kremlin is determined to change its ways.

The Russian government approved a $300 billion energy-efficiency program that will trim the fat from Soviet-era factories and buildings, signaling new efforts at a green energy revolution.

“The political winds have changed at the top, and there is a growing consensus that climate change is happening and a will to change and build a more efficient economy,” said Kevin James of London-based investment adviser Climate Change Capital.

He added that the forest fires of the summer led to a realization that climate change may not be entirely positive for Russia. (Prime Minister Vladmir Putin once famously quipped that global warming meant Russians would need to spend less on fur coats.)

President Dmitry Medvedev, however, has taken a much tougher line on the environment, supported by a report from the World Bank, which said that improving energy efficiency will improve the country’s productivity and competitiveness.

Medvedev has introduced political initiatives to reduce Russia’s dependence on oil, from phasing out the use of incandescent light bulbs to state support for billionaire Mikhail Prokhorov’s project to build a hybrid car plant in Togliatti (Russia’s domestic auto capital).

Yet Russia lags far behind China, which is already the world’s leading manufacturer of wind turbines and solar panels and is on track to produce the world’s first completely battery-powered car.

However, Russia has announced plans to build eight plants that will produce energy-saving lamps. The first Russian solar plant will likely break ground in the North Caucasus resort city of Kislovodsk next year. The $99 million plant is small, but more solar and wind plants are in the pipeline.

Rostovteploelektroproyekt, a Russian company specializing in the design of energy plants and equipment, said it also has plans to develop wind and solar power worth almost $300 million in the Krasnodar region.

The wind project could start as early as next year, pending necessary approvals. In addition, Russian energy giant RusHydro already has plans to build a wind-power park in the city of St. Petersburg.

Russia’s Natural Resources and Environment Ministry also drafted a bill in August to promote recycling. The legislation would require factories to recycle the material they currently throw away. Pulp and paper factories could easily sell much of their waste to biofuel plants, resulting in economic gains for them as well as reduced waste.

NGOs say these moves mark a shift in the right direction, but it would not be the first time the Russian government has drafted laudable plans but failed to act on them.

Vladimir Chouprov of Greenpeace said there was “a big line of industrial companies wanting to modernize their operations and raise efficiency,” but that many at the top, including Vladimir Putin, remain skeptical of climate change. “The government is not green, and many policies are anti-environmental,” he said. 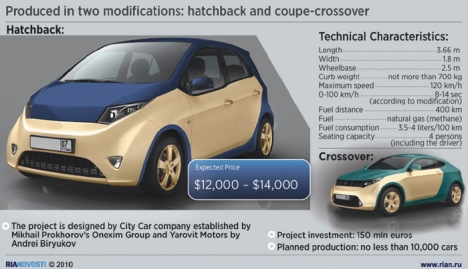 Click on the image to enlarge. Source: RIA Novosti