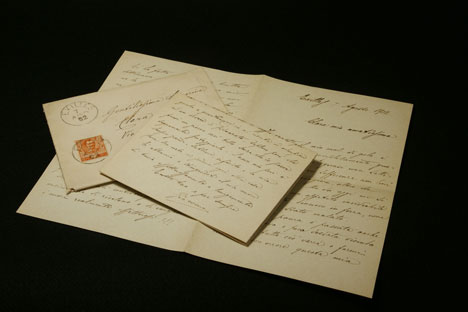 This week, I would like to do something different and break away from my usual format. Normally I ramble on about different topics related to doing business in Russia, but this time I would like to post an email exchange I had with one of my readers, as I think it would be very interesting to many of you. A few weeks ago I received an email from a woman in the U.S. asking about how life was for a black person living and working in Russia. She had heard many stories and wanted my point of view. I sent her an email and I have replicated it below. I plan to write a follow-up post elaborating on some of the issues mentioned in my email reply (p.s. only the name has been removed, for privacy reasons):

—-
XXXX's email
——
Your blog entries were very interesting. My son is in his junior year in college, a Russian major. He is almost fluent and feels the need to travel to Russia. I have been skeptical based on the media's portrayal of all the race hate crimes and neo-nazis there. I was surprised to find no mention of it in your blogs. It doesn't seem to be an issue for you...have you experienced anything other a warm welcome?
Thanks for sharing your experiences.
XXXX
USA

Thank you very much for your message and kind comments. Its great to hear that your son is fluent in Russian - I still need translators with me as I am only a beginner! The points you raised about race are quite interesting. I have not addressed this directly as I have been keeping my blog topics business-focused, but I think a lot of people are curious about it when they see me. I can tell you that before I went to Russia, I had a lot of preconceived ideas, and I am happy to say that on the majority I was proven wrong. Before I made the decision of going to Russia, I consulted my Russian colleagues based in the UK about how I would be received. Most of them were from Moscow, but they told me not to worry, that Russia had changed. Naturally they advised me to be vigilant as a foreigner in any new location, to stay in lit streets, to take taxis at night, stay in busy areas and so on, but I would give this advice when going to London! So I think anywhere you go, you need to be careful.

Basically to answer your question, from what I understand a number of race-based crimes and incidents have occurred in St. Petersburg. I have never been, but I have been warned about this by a number of people, but I believe it is only in certain areas and mainly at night. I think in the city center, where tons of tourists visit each year things will be fine. In Moscow you can have a little trouble, but it is much much less than St. Petersburg, as I understand. I have been to Moscow several times, and enjoyed each visit. People in Moscow are used to foreigners, and used to people of all ethnic origins. So I had no looks, no jeers, nothing at all. Moscow I equate to London in that regard. I felt pretty safe. There again, I did not go out at night, and if I did I would only go by cab. In the region where I am working—the Tatarstan region—there are very few incidents. I actually have not heard of any while I have been there over the last two years. The region is very multicultural (Russians and Tatars live side-by-side). The capital city, Kazan, has a well-known university where several black students attend. In general, though, there are very few people of color in the region, but in the main cities, people are used to seeing people of all races, so again there is no problem. In the smaller towns, though, black people are quite rare, so you will get the shocked looks from the old ladies and people on the street looking at you in general, but this is out of curiosity more than anything else. When I first went to Chistopol, a small town of about 70,000 people, two hours outside of Kazan, I was treated like a rock star! No joke, I was followed around doing my shopping by hordes of young women, guys would be saying hi to me on a daily basis, and I had to pose and take pictures with the majority of people I encountered! But it was nice to sample the life of a celebrity! And I am still viewed as such in the town, although the hysteria has calmed down now.

So as you can imagine there are some race incidents in Russia, but it depends where you go, and to be honest you have it everywhere. In general, I have found Russians to be some of the most welcoming people I have ever met. I remember landing at Kazan airport and taking a taxi, where the driver and I had a lively conversation about how happy he was to have a foreigner in his car and how he would tell all of his friends about the trip. I have tried to stress this from a business perspective, but from a cultural perspective, the wall has come down - it will just take a while for people abroad to realize this. From a business standpoint, I am almost quite happy as I then have my pick of the opportunities while people are too scared to enter in, but from a cultural point of view, I wish people were more open and realized things have changed and the country is quite welcoming.

Anyway, sorry for the ramble! I sincerely hope it helps, and should your son wish to visit Kazan, or any of the places in the Tatarstan region, feel free to contact me and I will be happy to help and advise where possible.