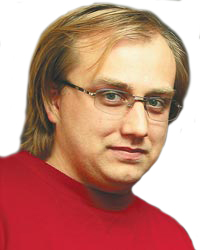 Novikov referred to corporation's Director General Sergei Kirienko who has recently participated in a meeting of the Russian-Indian intergovernmental commission for trade and economic cooperation and talks with the Uranium Corporation of India (UCIL).

"We have offered Indians a role in uranium extraction projects in Russia and in third counties. Rosatom should always retain control over the projects, partners may receive up to 49% of projects inside Russia," Novikov said.

In early April RIA Novosti announced that Russia and India could create a joint venture to prospect and mine uranium.

Kirienko then offered Indian companies a role in Elkon mine in Yakutia. He added the two countries would cooperate in building nuclear fuel manufacturing facilities both in Russia and India.