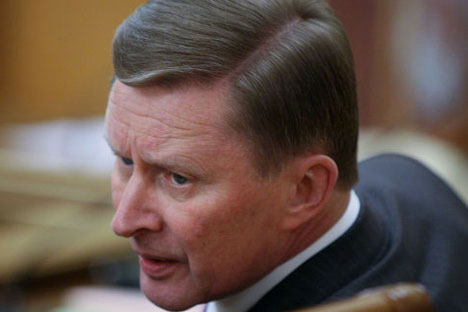 "According to an expert evaluation, this year trade turnover will total $9.2-9.3 billion, and possibly even more," russian Deputy Prime Minister Sergei Ivanov told journalists after a meeting of the Russian-Indian intergovernmental commission on November, 18.

The projected figure is a threefold increase on the $3 billion trade turnover recorded in 2005.

The deputy premier said Russia and India have scope for developing cooperation in the high-tech, space, power, agriculture and pharmacology industries.

Russia's Sukhoi holding and India's Hindustan Aeronautics Limited (HAL) agreed in early 2010 to jointly develop a fifth-generation fighter jet. India confirmed that it had finalized a draft contract at a meeting with Russia in early October.

"If all procedures are completed by the time of our president's visit to India in December, the contract will be ready for signing," Ivanov said.

The new aircraft will be based on Russia's T-50 prototype fifth-generation fighter, which has already made several test flights, and is expected to enter service with the Russian Air Force in 2015.