The role of Russia for the East 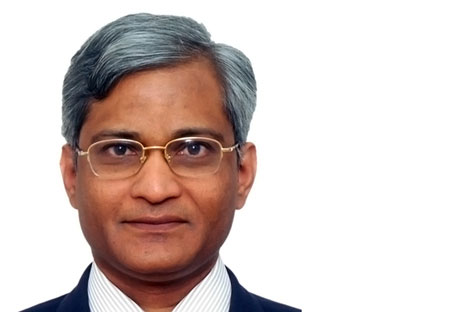 Russia’s entry into the East Asian Summit process is a major development in the recent period, with the potential to re-establish itself firmly in the region, along with or in parallel to the US, Japan or China. Although Russia had been an active participant in the multilateral arrangements in Asian and east Asian regions – such as in the Shanghai Cooperation Organisation, Six Party Talks on the denuclearization of the Korean Peninsula, etc, its entry into the 6th East Asian Summit meeting in Indonesia in 2011, along with the US, marks a major turning point.

Russia was represented at the foundation of the 16-member East Asian Summit inaugural meeting at Kuala Lumpur in 2005 by the then President Putin – but as a special guest. Russia had expressed its desire to join the grouping. Indeed, speaking at the Asia-Pacific Economic Cooperation meeting at Sydney in 2007, Putin said that Russia would like to host the summit meeting at Vladivostok in 2012. However, the issue of membership was frozen till the 5th meeting at Hanoi last month, when Russian President Medvedev attended. It is apparent that the pressure of Vietnam, which is facing territorial pressure from Beijing on the South China Sea islands, for inclusion of Russia and the US as full-fledged members of the summit has gained ground. Balancing a rising China is a major consideration in the region.

With rising GDP, but affected by the global financial meltdown and devastating summer drought this year, Russia is poised to engage with east Asia in a more concerted manner in the years to come, partly as major energy and arms exporter to the region. With several countries in the region, viz., China, Japan, South Korea, Malaysia, Vietnam and others emerging as major consumers of energy, Russia is poised to expand its contacts. Also, countries such as India, China, South Korea, Malaysia and Vietnam have shown growing interest in the Russian arms bazaar.

On all the issues at the heart of the 10-member ASEAN, the backbone of the East Asia Summit, viz., global financial crisis, food security, comprehensive economic partnerships, terrorism, pandemics, disaster relief, climate change, energy security and international maritime and other challenges, Russia had evinced an abiding interest. At the Hanoi meeting, Medvedev had invited the ASEAN for the third meeting with Russia. Besides, a Comprehensive Programme of Action to Promote Cooperation between the two is being implemented for the years 2005-2015. An ASEAN-Centre at Moscow Institute of International Relations had been established in June for professional inputs.

Although miniscule in terms of trade figures, Russian economic interests with the region are poised to expand as the last year’s August meeting between Russia and ASEAN economic ministers indicated. Russia’s competitive advantages in energy exploration, mining, defence, space and nuclear industrial prowess, etc are expected to be unveiled in the region. With the Eastern Gas Programme, Russia intends to expand energy supplies to China, Japan and South Korea.

Russia was a major player in the region from 1950s till the Soviet decline in 1990s. This was reflected symbolically in the withdrawal from the Cam Ranh Bay. As Russia turned inward, the region came under Beijing’s influence. Today, with the re-emergence of Russia and the US, the region is poised to see healthy balancing between Moscow, Beijing and Washington – with several advantages to the ASEAN countries. As Group 2 (US and China) cooperation is expanding, the region needs a balancer in Moscow.