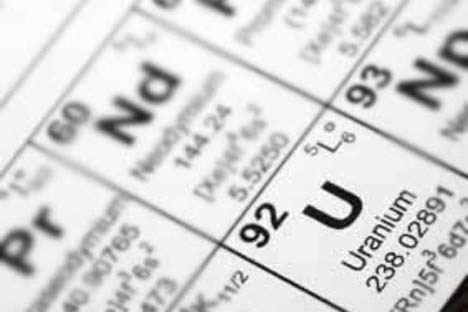 News about negotiations between Russian state corporation Rosatom and the Uranium Corporation of India Limited (UCIL) were reported last Friday by Interfax news agency, citing Rosatom Director General Sergey Kirienko. The offer has been made, so now the ball is in India’s court, said Kirienko, although he did not specify the terms of the deal. He only added that Russia will retain controlling interest in the project.

The Elkon group of uranium deposits, located in Yakutia, a republic in Eastern Siberia, is the second largest source of uranium in the world, second only to Olympic Dam in Australia (operated by BHP Billiton, it contains 34% of proven uranium reserves worldwide. This past summer, the Australasian Joint Ore Reserves Committee (JORC) estimated one of the Elkon deposits to contain 229,800 tonnes of uranium.

Atomredmetzoloto (ARMZ), a subsidiary of Rosatom, mines the Elkon deposits. ARMZ, in turn, has already set up a project-based subsidiary of its own, Elkon Mining and Metallurgical Complex (EMMC), with a planned production capacity of 5,000 tonnes of uranium per year (50% more than Russia’s entire current uranium production). Along with uranium, EMMC will also mine gold, silver and molybdenum. The project is expected to cost 91 billion roubles (roughly $3 billion) and will span three major phases: construction from 2012-2019, pilot production from 2014-2016, and progressively increasing full-scale production from 2017 and 2031, until it reaches planned capacity.

The project’s astronomical cost has compelled Rosatom to look for co-investors. ARMZ has signed memorandums of understanding with Japanese Mitsui and a Korean consortium comprising LG International, Cores and Korea Electric Power Corp. These documents open the door for potential foreign participation in developing Elkon, but no specific agreements have yet been made. A Rosatom spokesman said that the plan was to offer Mitsui a 25% interest in the Elkon’s Yuzhnaya deposit. Without commenting on that statement, a spokesman from ARMZ said that the operator is talking to potential investors and considering a number of options, but it will hang on to the controlling stake.

Four years ago, some Russian investors mulled over joining the Elkon project, including Polyus Gold, Basic Element and Renova. The spokesman, however, did not say whether ARMZ was negotiating with these companies.

Mining Elkon uranium is a risky venture, believes Mikhail Stiskin, a Troika Dialog analyst, since it pays off only when uranium prices are at more than $60 a pound, which, according to Bloomberg, is precisely what the metal costs today. India, nonetheless, may find the offer enticing: its own uranium resources (73,000 tonnes) are much too dearth to support India’s ambitious nuclear energy programme. As Stiskin sums it up, India might opt to take part in mining Elkon uranium, if only just to provide fuel for its nuclear plants.