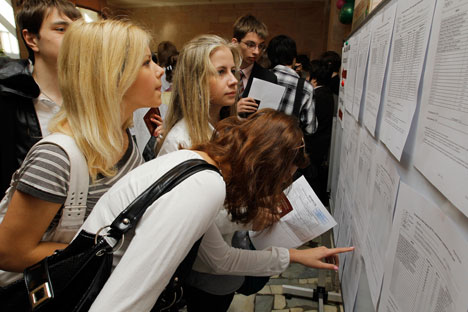 Tiger cubs are very vulnerable to predators and poachers.Source: Vostock-Photo

With barely 3,200 big cats left, the Tiger Summit in St. Petersburg endorsed a plan to double them by 2022.

The recent death of a translocated tiger in Sariska in Rajasthan has put the spotlight on the urgent need to globally coordinate efforts to protect this endangered species - the subject of the three-day maiden global tiger summit held in St. Petersburg on November 21-24.

The summit, that saw the participation from 13 Tiger Range Countries (TRC), including India, set itself the target of doubling the population of the endangered animal in the wild by 2022. The summit was aimed at "empowering them to address the entire spectrum of threats, domestic as well as trans-boundary, and working towards increased sustainability through the integration of conservation objectives into development" and endorsed the Global Tiger Recovery Program (GTRP) to address issues posing threat to the predator.

It was the last-ditch global effort to save the vanishing species. There are no more than 3,200 of these predators left in the world, whereas only a century ago there were 30 times as many, nearly 100,000. By the 1940s three subspecies of tiger had disappeared while a fourth subspecies, indigenous to southern China, has not been found in the wild in 25 years. Tigers now inhabit only 7% of the territory that was historically theirs.

Russia’s Amur tiger is the world’s largest tiger and the only subspecies capable of living in the snows. Indeed, it can only live in the southern taiga, which is steadily shrinking. Further north, the snow is too deep. According to Gennady Kolonin, an expert on specially protected areas at Rosprirodnadzor, 500 tigers that now inhabit Russia are the maximum that the remaining taiga can support. A female tiger can usually make do with 20 sq. kilometers of dense forest. A male tiger needs substantially more — up to 100 sq. kilometers. Ordinarily the home range of one male tiger includes the home ranges of two or three females and their cubs.

“Without home ranges of their own, young tigers are forced to roam about and are always running into grounds already occupied by adults,” say members of Russia’s special tiger inspection team. Last year, they observed a group of four young tigers over time. Only one of them was able to find itself a hunting ground. The others died. Today, tigers have crossed over to the left bank of the Amur River in a bid to find new home ranges. They appear regularly in the Amur Region and wander along the Baikal-Amur railway line.

Illegal logging is another major problem. In the mountains of Eastern Manchuria and the Sikhote-Alin range, the virgin forests are shrinking while the grounds suitable for habitation and hunting are becoming more and more isolated, forcing tigers to divide up into groups of 8-14 individuals and live separately.

If in 2004-05 the situation in Russia was still considered favorable, then last year the tiger population here, as elsewhere in the world, was again found to have decreased.

Environmentalists now need to accomplish several tasks at once. First, they must provide tigers with food. To do this, they must provide additional numbers of ungulates so that the tigers have enough prey. The lack of sufficient food is forcing tigers to forage in populated areas, to steal dogs and attack domestic livestock. The “problem” tigers that engage in such activities have to be caught. They are tracked and, depending on the state of their health and their ability to procure their own food independently, are either returned to the taiga or put to sleep.

Secondly, protected habitats for tigers are needed. In Russia in 2007-08, three national parks and a federal nature reserve (Leopardovy) were created; 770,000 sq. hectares were turned into protected areas for tigers. Now in operation is the Kedorvaya Pal’ Nature Reserve, also the Sikhote-Alinsky Reserve, the largest specially protected area inside the Amur tiger’s range. Thus more than 20% of the Amur tiger’s habitat is under special protection. The World Wildlife Fund would like to see the area of these zones increased to 25%. If such a decision is taken, environmentalists say that it will require creating protected areas in the Ussuriisky and Lazovsky Nature Reserves, as well as in the Zov Tigra, Udegeisykaya Legenda and Anyuisky National Parks; in addition, Russia will need to set up three more nature reserves, three more nature parks and four ecological corridors. This would make all the existing specially protected areas in Primoriye a single complex, and substantially increase the potential area for tiger habitation. Today tigers often perish on roads while trying to move from one protected zone to another.

Thirdly, environmentalists concerned with the fate of the Amur tiger should create a special state rehabilitation center. The center would treat animals that have suffered at the hands of hunters or poachers and then release them into the wild. At present, there is only one NGO (Utes) involved in these efforts and it is dependent on donations. Since its inception, this non-government center has nursed 14 tigers back to health. Most recently Utes managed to save three tiger cubs, who they named Vladimir, Tatiana and Lazurina. The cubs were cared for over a period of 100 days. They were taught to hunt and then taken back to the taiga.

Today money to preserve the Amur tiger population is allocated by international organisations like the World Bank. Charity foundations are also involved. For instance, the World Wildlife Fund has created the Adopt a Tiger project to raise more funds to protect tigers in Russia. With a contribution of 25,000 rubles ($8,000 plus), a donor may adopt one tiger. The WWF has so far found 122 such “parents”. Of course, donors do not receive an actual tiger in exchange for their support. The money they donate goes to protect the Amur tiger’s entire range in the southern taiga of the Russian Far East.