Russia’s ascension into the WTO - on the brink of success 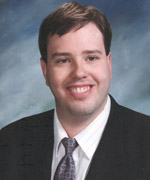 WTO member countries do not want to give Russia a free pass, rather they want to force Moscow to finally honor commitments it made many years ago to improve economic cooperation as a market economy. And Russia would benefit from a more flexible system involving trade of services and foreign direct investment as a member of the WTO.

In what may be the best news in the last seventeen—yes seventeen—years Russia has been trying to join the WTO, President Obama offered the Russian Federation his full support and advice in the accession process during recent talks in Washington,D.C.

Russia, for its part, agreed to accelerate the adoption of measures that would bring Russia into conformity with the rules and norms of the WTO based on customary and established procedures for entry. Consequently, Russia’s finance minister, Aleksei Kudrin, revealed at a news conference in Yalta that his country had resolved longstanding trade disagreements with the United States that had been holding up Russian membership. He reiterated that a formal bid to join the trade body would be ready in two to four months so that Russia could join the WTO in six months to a year after that period of time.

However, Russia’s membership in the WTO is still not guaranteed due to Russia’s turbulent relationship involving trade disputes with other countries, failure to grant United States access to poultry and pork as well as the lack of protection for intellectual property, including protections for patented pharmaceuticals in Russia.

American diplomats have gone on record saying that the law will be repealed, which would give Russia permanent favored trade status, effective upon Russia’s entry into the WTO. However, Congressional repeal is not assured because of the makeup of the next Congress. These new members of Congress tend to be staunchly conservative on tax and trade policy and represent communities in the Midwest and the South where many jobs have been lost due to increased global competitiveness and outsourcing.

According to the Council on Foreign Relations, a significant factor that has contributed to Russia’s keen interest in joining the WTO is China. Russia’s government recognizes the strong economic role that China plays in the world community and does not want to be overshadowed and fears being left behind by such a global behemoth.

Unlike China, Russia’s agricultural subsidies are already low and Russia has agreed to open its insurance and banking markets. Consequently, according to the Council on Foreign Relations, Russia is already a country that promotes free trade with low tariff and state subsidy levels. Russia only needs to negotiate 25 to 30 accession chapters while China had to negotiate about 200.

One similarity between China and Russia’s ascension into the WTO is the insignificance of issues other than the elimination of restrictive trade barriers.
The Economic Policy Institute indicated that in 2006 alone, the trade gap with China resulted in the loss of 366,000 jobs in America; those individuals who retained their jobs had their earnings decreased by roughly $1.400.

Moscow has repeatedly complained that it is being held to a higher standard by the WTO regarding agriculture and the enforcement of intellectual property rights compared to other countries, including China, where it is repeatedly claimed that IP enforcement is minimal at best.

However, the real obstacle to Russian accession into the WTO is the lack of mutual trust between Russia and the United States. Russian trade negotiators fear that Americans will raise new concerns after all previous outstanding issues have been resolved. Given the tone and the mindset of some of the new members of Congress, who hail from areas with high unemployment, such a belief is not without merit.

In 2009, American negotiators were surprised by Putin’s assertion that Russia’s customs union with Belarus and Kazakhstan had priority over its WTO obligations. However, President Dmitry Medvedev has now made it clear that Russia’s entry into the WTO is the top priority. Russia’s accession will be decided politically by its leaders and any technicalities should be addressed in the coming months.