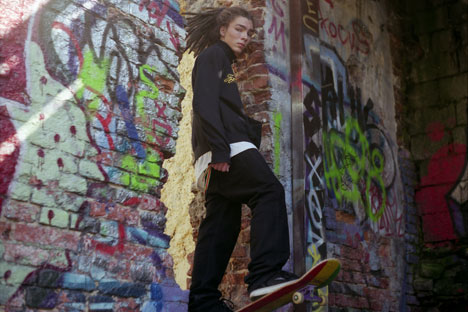 “Our research is based on in-depth interviews. Normally we use the method of involved observation along with an interview. This constitutes a case,” explained Yelena Omelchenko, a leading youth sociologist and the director of the Region research center at Ulyanovsk State University.

Omelchenko finds the qualitative method particularly useful for her own research on youth culture and subgroups.

“An opinion poll, even if it involves 20,000 people, will produce no material regarding context, meanings and content. We may learn how many punks we have in the country, but we will not understand why they have become punks and in what way they are different, say, from skinheads,” said Omelchenko.

Read about key youth subcultures from Lenin to our day

With her current research, Omelchenko hopes to pinpoint the underlying similarities between these youth culture groups rather than highlighting their differences.

“The concept of ‘subculture’ separates youth among different poles, builds barriers, and ties the different groups to a particular territory, social milieu or nationality,” said Omelchenko. “The concept of ‘solidarity’ brings out the common features that form modern trends.” This description is at the heart of a Region center project called “New Youth Solidarities.”

Difference between subcultures are not all that important for solidarity. The borderlines between many subcultures today are blurred, and many young people migrate from one group to another.

“Solidarities can point to the main trends that will determine society’s life in the near future,” said Omelchenko. “These are not ideas that are imposed from the top by the state, they germinate inside society, reflect the true concerns of young people.”

Omelchenko believes that youth values today can be divided into two main groups: creativity and experimentation. Young people are motivated to express themselves creatively by making their own music, films and websites. They are generally into self-presentation. For them, everything has to be authentic and a reflection of the self. This impulse is to the detriment of official youth movements, such as Nashi, where everything is pre-programmed. Young people show their desire to experiment through changing their appearance and clothes—dying their hair, for example, or wearing black leather and combat boots—as well as with their actions—climbing roofs, skateboarding and staging anti-establishment protests.

Although in Russia, it is often thought that youth culture rebels by embracing foreign trends, Omelchenko believes this is not entirely the case.

“All subcultures are often described as being borrowed from the West. But what is borrowed is only the form, the shell, while the content is always indigenous. No one will simply reproduce another culture without investing it with one’s own message. We try to identify and understand that message. It is always local: the content is connected with local economic, political and cultural life.”

Albina Garifzyanova, another sociologist, studies how youth cultural life is acted out in Ulyanovsk. On a tour of the city, she shows off the interior of a public garden where there is a paved concrete rink with some iron handrails in its center.

“This has long been a hangout for bikers and skaters. This thing was put up a year ago,” said Garifzyanova. A boy of about 16 takes a run and tries to jump over the railing; he falls to one side as his bike flies towards the other.

“Make way, quick,” shouted another boy on a similar bike.

“When I ask skaters and bikers, ‘aren’t you afraid to fall?’ they merely grin and say that they have broken their legs five times and smashed their heads a thousand times,” said Garifzyanova. “I also want to do tricks on roller skates, but I won’t do it unless a medical professional is around. My head is more important to me. For them, physical activity plus exposure to risk is what matters.”

According to sociologists, this too is a form of solidarity. The key underlying value is risk.

“You can meet members of all subcultures in this park,” said Garifzyanova. “They all mix together here. If the weather is nice they go skating. If a rock group comes to town tomorrow, they’ll all go to the concert.

Another thing youth groups hold in common is the desire to change their looks to distinguish themselves from others, whether to embrace the “Gothic” world of vampires, the aggressive world of skinheads or the sensuous- and subdued world of the emos.

Outside the conference, near a monument to Lenin, some emo girls stand on the stairs of the house where Lenin was born. After finishing a warm-up, some hip-hop boys join the girls. Can hip-hoppers hang out with emos?

“What’s wrong? We mix together and we have fun,” said one of the boys. They all moved off together in the direction of an embankment.