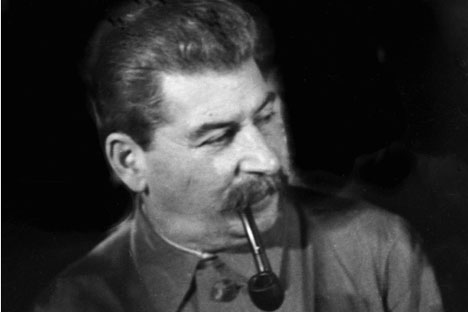 The resolution, approved in a 324-57 vote, calls the killings committed by Soviet secret police a “crime by the Stalinist regime and the Soviet Union, a totalitarian state.” It adds that secret Kremlin documents show that the massacre was directly ordered by Stalin and other Soviet leaders.

"We strongly condemn that regime, which despised people's rights and lives, and offer friendship to the Polish people and hope for a new era in our mutual relations,” the resolution says.

The text was supported by all Duma factions except the Communists, whose 57 deputies voted against it.

United Russia, which commands a two-thirds majority in the Duma, said the vote brought the parliament in line with the executive branch, thus helping avoid the falsification of history.

Konstantin Kosachev, chairman of the Duma’s Foreign Affairs Committee and a senior United Russia official, noted that neither the Duma nor the supreme councils of the Russian Soviet Republic and the Soviet Union had ever addressed the issue.

“This uncertainty created fertile ground for fabricating history on both sides,” he said in comments on the party’s web site.

The Katyn massacre had long roiled Moscow’s relations with Poland because official Soviet propaganda blamed the German military for the killings.

In 1990, Mikhail Gorbachev became the first Soviet leader to acknowledge that his country was responsible for Katyn, but the admission was never followed by an official act of parliament.

Warsaw welcomed the move as a significant step toward reconciliation.

“This gesture proves that there is no turning back from the truth-based dialogue between Poland and Russia,” the Polish Foreign Ministry said in a statement on its web site.

Duma Deputy Sergei Markov, also from United Russia, said that while the declaration was a consequence of recently improving relations with Warsaw and the West in general, Moscow had not given up anything by issuing it.

“We have said this many times before, and now [the Poles] wanted to hear it again from us,” he told The Moscow Times, adding that in return, Polish public opinion about Russia should improve.

The vote comes seven months after Prime Minister Vladimir Putin, previously wary of criticizing Stalin, denounced the Soviet dictator's regime during a visit to Katyn on April 7 with his Polish counterpart, Donald Tusk.

Three days later, Polish President Lech Kaczynski and many of his country’s top officials were killed en route to a memorial ceremony at Katyn when their plane crashed near an air base in Smolensk.

That tragedy helped speed up reconciliation, and in September Russian prosecutors turned over to Poland 20 new files from a probe into the massacre that could be key in proving that Soviet secret police carefully planned the killings.

But the Communists continue to maintain that documents blaming the Soviets are forged.

Communist Deputy Viktor Ilyukhin sent a letter to Duma Speaker Boris Gryzlov in which he alleged that Gorbachev adviser Alexander Yakovlev was among a group who counterfeited a letter in which Stalin ordered secret police chief Lavrenti Beria to shoot the Polish prisoners.

Ilyukhin said Friday that he thought the Duma’s declaration was wrong as long as there was no way to disprove his theory. “We insist that this decision can only be made by a court,” he told The Moscow Times.