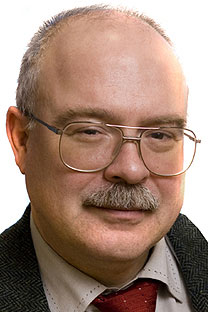 North Korea’s recent artillery attack on a South Korean island not far from Incheon, the home of South Korea’s main airport, was the latest reminder that the risk of war on the Korean Peninsula is still very real. The shelling came not long after the North Korean authorities again surprised the United States and the rest of the world with a glimpse of the capabilities of its new ultramodern nuclear facility, which includes thousands of centrifuges for uranium enrichment.

Outside observers cannot be certain what exactly is behind Pyongyang’s latest actions, but it seems likely that the shelling and demonstration of the nuclear facility are a key part of North Korean domestic and foreign policy, particularly Pyongyang’s foreign policy toward the United States.

It is possible that the North Korean “crown prince,” Kim Jong Un, is resorting to ritual provocations to assert himself in his new position, following the example set by his father, Kim Jong Il, 30 years ago, when he was named as successor to the founder of the Kim dynasty, Kim Il Sung.

It is also possible that North Korea’s rulers are sending a signal to Washington, telling the United States not to forget about the damage North Korea can inflict on U.S. allies like South Korea, Japan, even on America itself, and reminding Washington that its sanctions have not halted North Korea’s nuclear drive. Pyongyang is most likely attempting to get Washington to resume diplomatic engagement, while at the same time attempting to squeeze new handouts from the United States as “payment for fear.”

What response should the international community take? First, it should remain level-headed, though, for understandable reasons, this is harder for South Korea to do. Second, it should concentrate primarily on the political roots of the threat coming from North Korea. Despite frequent assertions to the contrary, North Korea’s Kim dynasty rulers are not at all mad. There is a logic to their actions. The Kims are trying above all to preserve the dynasty in a worsening economic situation and under increasing pressure from outside forces.

As the inhabitants of Yeonpyeong Island have discovered, the handover of power in Pyongyang poses potential dangers. However, it also opens up new opportunities. The regency that will likely be installed following Kim Jong Il’s departure will not be stable, and the contradictions between the interest groups will increase. The new ruler of this most isolated country in the world will have to build up his authority not just through saber-rattling provocation, but by providing his people with food as well.

The international community will need to pay more attention to North Korea. By carefully combining and measuring political pressure and economic incentives, it should try to nudge North Korea toward a smooth transformation from an absolute totalitarian regime to a quasi-totalitarian one. Or, to put it another way, the North Korean regime must make the transition from Stalin to Khrushchev. This is extremely important. By reducing the regime’s harshness, it becomes possible to pursue a strategy similar to the “Change Through Rapprochement” policy West Germany implemented in the 1970s-1980s toward East Germany. The main actor here has to be South Korea, which at some future point will unify with the north to simply become Korea once again.