British business still blind to potential of the regions 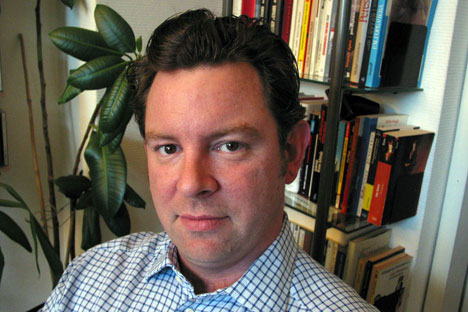 Basil Fawlty would have been proud of the answer. When I came downstairs in the Hotel Tsentralnaya in Nizhny Novgorod on a chilly morning in late October, I asked why there had been no hot water for my shower when I got up.

“Because lots of people want to take a shower in the morning,” replied the girl at reception, in a tone that suggested my question was absurd.

I was visiting the city to take part in the annual International Business Forum. The forum is a showcase for industry in the Nizhny Novgorod Region, one of the more forward-looking regions in Russia.

Nizhny is one of the cities with a one million-plus population. Located on the Volga River and only an hour's flight from Moscow, Nizhny is well-placed both geographically and logistically. Additionally, it was one of the first Russian cities to take advantage of the opportunities offered by the collapse of the Soviet Union and, with it, the centralized command economy.

In 1990, the name of Nizhny Novgorod was restored to the city known in Soviet times as Gorky, and this once-closed city was opened to foreigners. Western companies began to take interest, and a British trade fair was held here in 1997 in the historic Yarmarka exhibition center where the annual forum is now held. German companies arrived in their droves. The Japanese moved in. And the follow-up to the trade fair by the British? Well, er, the executive director of the RBCC visited this year’s Business Forum.

We Brits do still have a serious problem getting our heads around the idea of doing business with Russia. Thanks to huge British investments in the oil and gas industry, we can boast that we are the single biggest foreign investor into Russia. But when we look at small-and-medium-sized businesses, we’re way off the pace. In Europe, Germany, Italy and Turkey are well ahead of us. Even though Japan has still to sign a peace treaty with Russia 65 years after the end of World War II, Japanese business is still doing very nicely in Russia.

Maybe it’s our inherent conservatism that prevents British companies from becoming too heavily involved in Russia. Maybe it’s the fact that too many stereotypes still dominate our thinking. Or maybe we’re just too spoiled and like our creature comforts too much – like hot showers in the morning. The Hotel Tsentralnaya may be very convenient for the Yarmarka, but it did feel like stepping back 20 years to the Soviet era. It wasn’t just that the water system couldn’t cope with 200 people wanting an early morning shower: the half-hour wait to check in at 10 pm; the décor; the small, threadbare item in the bathroom which passed for a towel— all of these things, too, reminded me of nights spent in Soviet hotels in the 1970s and 1980s.

As if that wasn’t enough, the view from the hotel window to the Yarmarka also took in one of the largest statues of Lenin I have seen in post-Soviet Russia. Ironically, his outstretched hand, pointing at the hotel, seemed to say, “Look! The Soviet Union is still alive!”

Nizhny Novgorod is a city with great potential, as I often tell British businesses.

I will certainly be back there, and would love to take a business delegation – but we’d be sure to stay in a different hotel.