Fears for the ruble as QE2 sets sail overseas

Russia Beyond the Headlines
Ben Aris 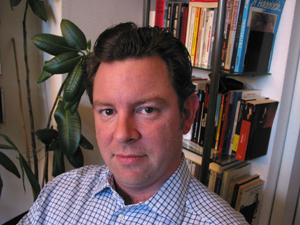 America’s Federal Reserve Bank launched a second program of quantitative easing (dubbed QE2) in November and dumped another $600 billion into the U.S. economy, nominally to stimulate it. In reality, the money will have little impact there, with much of it instead heading abroad.

On the day the Fed launched QE2, all 50 of the MSCI World equity sectors soared. World currencies such as the pound and the euro reached new highs against the dollar, and the world’s leading futures exchange, the Chicago Board of Trade, had its busiest day in history. While the global outlook remains gloomy, look to the east and Russia, where things seem very different.

Yet, despite an increasingly frothy capital market in Russia, no one would say there was an economic boom underway. If anything, economic growth has disappointed in the second half of the year, and sectors that were expected to lead the country out of the recession are doing OK – but no more than that. Next year looks like it will be better, but a return to the pre-crisis 6 percent+ rates now seems a pipe dream. The froth on the market is being driven by the mountain of money that is spewing out of the U.S. central bank and running downhill into markets such as Russia where there is real growth and real demand for capital.

What is worrying is that this movement of money is not driven by demand and supply, but is a function of the very distortions that caused this crisis in the first place. The Americans complain about the Chinese holding the yuan down at artificially low levels to allow them to keep their export machine running. However, the Fed has just done the same thing: QE2 looks like nothing more than an attempt to manipulate the dollar lower to reduce some of the country’s debt and print a way out of its budget deficit.

QE2 has created a wall of money that is looking for a home. In the short- to medium-term, this is good for investors, as it is driving down the cost of borrowing for Russians and is driving up the value of equities. But in the long term, it is dangerous, as debasing the dollar will debase Russia’s hard currency reserves – Russia has more dollars in government vaults than any other European country – which will in turn undermine the stability of its economy and undermine the global recovery.

Russia is particularly vulnerable to these sort of shenanigans as, since 2006, it has run an open capital account. While other emerging market countries are talking about putting controls on the flow of capital to keep some of this money out (they are worried about the appreciation of their currencies), Russia has stuck to free market principles and refused to put any controls on capital.

But the Kremlin is becoming worried about the games other countries are playing, and, ironically, has become the voice of reason on the international stage.

Russian Finance Minister Alexei Kudrin stringently warned the G20 members during a meeting in November that they must not “artificially weaken” their currencies and set off a currency war. And President Dmitry Medvedev is pushing for G20 members to consult with their partners before doing anything that will affect their currency’s value.

Can this really be the same government that only 10 years ago was battling against 1,400 percent-a-year hyperinflation and was forced cut three zeros off the numbers on bills because the numbers were getting too big?