In Russia, modernization is for the children 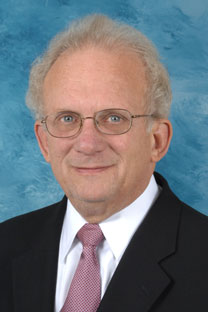 President Dmitry Medvedev’s third annual address to the Federal Assembly, which took place Nov. 30, was almost entirely devoted to the social sphere. Despite the fact that State Duma elections will take place next year, he said very little about domestic politics. Medvedev mentioned the yearly accomplishments in the modernization sector only in passing, saying that this is “only the beginning,” but he clearly indicated that Russia must take modernization seriously for the benefit of the “26 million children and young adults living in our country.” He stressed that modernization is not “an end in itself” and that “caring for the future generation is the safest, smartest and most noble investment.”

For the coming year, the president will continue to push modernization, but is expanding the government’s focus on children and youth. In order to combat Russia’s falling birthrate, the president has suggested allocating land for the construction of a house for every family that decides to have a third child. Additionally, he ordered the regional and municipal authorities to deal with the lack of kindergartens in the country and to modernize local schools. Medvedev has several plans for improving schools, including developing plans to make all schools “schools of the future,” improving education in correctional schools and financing special programs for gifted children. A new law on education is being developed, and Medvedev promised the public a chance to comment on the draft.

The president is also looking for ways to improve the lives of Russians children outside school. He encouraged filmmakers and writers to produce material for children; the president also wants to promote a healthy lifestyle among Russia’s youth through better eating habits and participation in sports.

Medvedev spoke for about 45 minutes on issues related to children before moving on to other problems facing the nation in the coming year. The president spent very little time discussing domestic politics, suggesting only that legislators introduce a proportional or a mixed election system in governing bodies of city regions and municipal districts with at least 20 deputies. He said nothing else about issues concerning the political system, although a week prior to his speech, Medvedev expressed concerns about signs of “stagnation” in Russia’s political system on his Twitter feed.

Medvedev spent more time addressing foreign policy issues. Some of his comments were addressed specifically to the West. “Either we reach an agreement on anti-ballistic missile defense and create a full-fledged joint cooperation mechanism,” said Medvedev, “or a second spiral of the arms race begins, and we will be forced to make decisions to deploy new striking power.” Despite his harsh words, however, Medvedev’s actions indicate he would rather focus on cooperating with the United States and the European Union on economic modernization, including the creation of joint venture companies.

Political analyst Stanislav Kucher expected the president’s speech to be more relevant to next year’s elections, but Medvedev steered clear from issues hotly debated among Russians. “Medvedev did not come across as a national leader,” said Kucher.

This story originally appeared at Kommersant