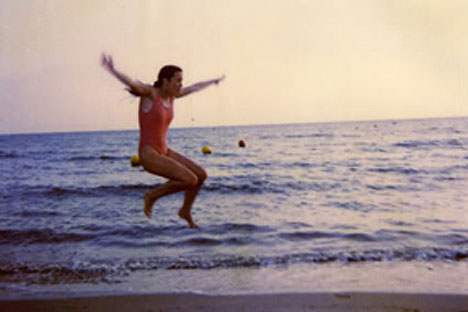 I can be happy, I can be proud. Look at me without fear and without pity. It’s ideas like these that sum up the goal of the 2010 Cinema Without Barriers film festival, which is showcasing an excellent selection of both long and short films. For a fifth consecutive year, the festival’s aim is to show its audience the individuality of those living with disabilities. Each of the 36 films, which run between three and 90 minutes in length, tell stories whose main characters—whether they are hearing or visually impaired, have Down’s syndrome, were born with deformities, live with autism or are paralyzed, either from birth or following an accident— passionately embody the subjectivity of film characters and encourage understanding. The festival is not about denying difference, but rather about insisting on it and on the subjectivity of each of the main characters. We don’t see a uniform group of disabled people separate from the world, but rather stories, each with its own circumstances.

Among the films is the 2007 production Elle s’appelle Sabine (Her Name Is Sabine), directed by French actress Sandrine Bonnaire, that depicts the actress’s sister on her journey to find peace and happiness and is seen through the worried eyes of her family. Others describe a privileged relationship between two characters, one disabled, the other not. Love stories bloom, although it’s not always easy. In Vadim Eff’s powerful short film, Les éléphants blancs, filmed in Russia in 2010, the young protagonist’s love for his blind girlfriend still can’t overcome his fears and he is unable to understand the girl’s difficulties. But most of the films being screened at this captivating festival take the perspective of a person with a disability. The little star of Kukushata! (The Cuckoo’s Children), a 2009 Russian production directed by Vitaly Usurevsky, lives in an orphanage for disabled children. More than anything, he wants to win a sports competition and ends up winning first prize: a mobile telephone that he uses to call his mother. With great sensitivity, the half-hour film examines the disappointments and hopes of childhood.

“I don’t want people living with a disability to be pitied. I want to show them that you can be proud of yourself, accomplish a lot of things, and be independent.” Film actress Veronika Skugina lost both her legs in a car accident when she was a child. She spent the press conference laughing contentedly with her neighbor. Still stifling her laughter, she talked about meeting her boyfriend and his suggestion to Skugina, who uses a wheelchair, that they go ice skating together. “The goal of this initiative is to undo the myth that says people with disabilities should obviously inspire pity,” said Andrei Eshpai, the head of this year’s festival jury. “On the contrary, the audience will see that they can accomplish many things on their own. I am delighted that our festival has grown from year to year; it now plays host to films of considerable caliber.”

It seems that this is the very essence of the festival—it is an artistic event and not an exercise in charity. It’s as though the more obvious differences for the characters onscreen allow the filmmakers to work with a special intensity using the most basic of poetic material: the subjectivity of individuals, its ever-changing, disquieting, subjugating relationship, both with others and with the world. As Russian actor and member of this year’s jury, Artur Smolyaninov, put it: “I don’t have a disability, but I too am different.”