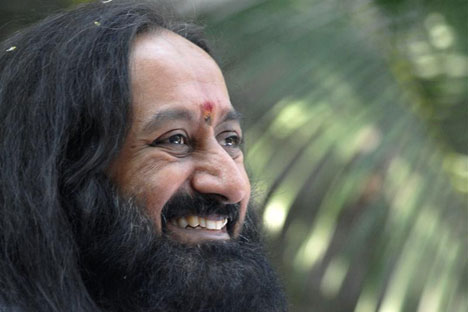 President Dmitry Medvedev’s third annual address to the Federal Assembly brought at least a few surprises and left political analysts divided over the key message of his speech.

As a matter of fact, the main question on political observers’ minds is still the same: Is there any more clarity now concerning 2012, when the Russia’s next presidential election are to be held? After the curtain fell, opinions differed. Some thought that Medvedev’s 75-minute address was little short of a stump speech, because he let his pet topics of modernization and innovation take the back seat while focusing on issues that have long been popular with the electorate, thanks to Russia’s long-standing and firmly entrenched paternalistic traditions. The address emphasized social issues—such as housing and utilities, pensions, welfare allowances, public-sector salaries, and social support for families, primarily those with many children. The spotlight fell on Medvedev’s initiative to grant land plots free of charge to families that have a third child (the birth of a second child is already “awarded” by the state with a $10,000 investment called the “mother’s capital”).

Some believe that such cash-for-babies programs are not the most effective way to combat a demographic crisis. Skeptics point to a pan-European trend showing that a rise in well-being follows a decline in the birth rate while in contrast, the birth rate in poorer countries remains high. That said, the calculations of Russian social scientists show that, against all odds, Russia is a country where handing out “bonuses” to families has turned out to be an effective way to drive up the birth rate among families across economic levels. Russia has, in fact, seen an increase in births after the “maternal capital” law was enacted.

In the case of the plan to give plots of land to families with many children, it could benefit the country even if local authorities do all they can not to allocate the best land or if not all families have the money readily available to build houses on this land. The program would put more land into the marketplace, which is important given that up to 99 percent of Russia’s land is still owned by the state.

I personally would disagree with those who saw the president’s address as a stump speech: if it was serving that purpose, it would have needed more emotion, more slogans and promises. As a matter of fact, the president spoke calmly and thoughtfully as he glossed over the day-to-day work ahead.

Medvedev said almost nothing on “political reform.” Sources in the Kremlin explain this by saying that the key milestones have already been achieved, and the president discussed them in a previous address. The number of signatures parties need to appear on the ballot has been cut, their access to the media has been made easier, the right for them to participate in advisory bodies attached to regional legislative assemblies has been granted together with the right to speak there at least once a year. The ability to use the state machine during elections has been restricted, and early and absentee voting has been more tightly regulated. Although many in the ranks of the liberal opposition view all of these steps by Medvedev as half-hearted, he has so far shown no desire to take them any further. That’s because he most likely believes in the gradual momentum of such changes, rather than in an explosive (and thus subversive) approach to them. Moreover, Medvedev spoke about the political process at a meeting with parliamentary parties, including the opposition, the day before he delivered his address. At that meeting, his headline message was that Russia’s political stability is becoming stagnant. The term “stagnation” had been used in Russian political discourse before, during the era of Leonid Brezhnev in the 1970s and early 1980s, and became synonymous with the Soviet system’s decline.

The president mentioned one finishing touch to the already-introduced changes to Russia’s domestic political system: a proposal to introduce municipal party-list based elections. On the ground, this should first and foremost benefit the opposition parties, as the ruling United Russia party holds close to 99 percent of seats through the majority election system.

The whole foreign policy portion of the address was in effect aimed at one single country, the United States. Medvedev let it be known in no uncertain terms that should the U.S. Senate refuse to ratify the New START treaty or to accept the proposals made at a NATO summit in Lisbon to combine the Russian and U.S. missile defense systems in Europe, Moscow will respond with “proper” military steps, such as installing assault rockets in European Russia. Two days later, Prime Minister Vladimir Putin echoed Medvedev’s words in an interview with Larry King on CNN. He also mentioned the threat of a new arms race if New START isn’t ratified and American missile defenses are stationed in Europe without coordination or cooperation with Moscow. The foreign policy portion of the address thus appears to be a synchronized message from Russia’s ruling “tandem.”

Frankly speaking, the speech as a whole reflected the same synchronicity. That is why President Medvedev’s third annual address doesn’t contain so much as a hint of an answer as to what he prefers to see himself doing after 2012. The “tandem” prefers to keep its options open for the time being.