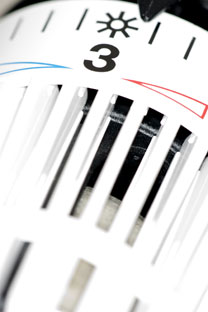 The Russian foreign minister Sergey Lavrov’s consultations in Delhi on Monday came as traditional run-up to the annual India-Russia summits. President Dmitry Medvedev is due to visit India on Dec 21-22. Lavrov highlighted that a slew of agreements will be signed during the summit in the fields of trade, economy, outer space and military issues.

On the eve of Lavrov’s arrival, foreign ministry spokesman in Moscow extensively commented on ties with India. He said strengthening relations with India “is one of the foreign policy priorities” for Russia. He underlined the two countries’ “similar approaches to pressing contemporary global and international problems” and the ‘coincidence’ of their long-term national interests, which provided a ‘solid basis’ for deepening bilateral ties. He viewed the bilateral political dialogue as ‘intensive’ and their contacts within the multilateral formats as ‘fruitful.’

Interestingly, the spokesman stopped short of articulating firm support to India’s UN Security Council bid. He said: “Russia regards India as a strong candidate for permanent membership of the United Nations Security Council if a decision to enlarge the body is made.”  Lavrov was equally detached, too. He said after talks in Delhi, “We think the UN Security Council will only benefit if India becomes its permanent member. This is our position at the ongoing talks on UN reform. We hope to come to agreement on this issue.”

Interestingly, neither Lavrov nor the Moscow spokesman characterised India-Russia ties as ‘strategic’ – a high-flown idiom of partnership that comes easily to the Americans. This underscores disconnect. India-Russia cooperation in the economic and military-technical fields has registered impressive growth in the most recent period and there is manifest dynamism. At the same time, Lavrov’s press conference in Delhi showed up fault lines. Clearly, Moscow has recalibrated its stance on India’s UN bid. Call it conditional, or explain it away as rooted in realism but there is a shift from the earlier unequivocal position of support. Ironically, Russian stance echoes what US President Barack Obama said in Delhi, sans his eloquence.

However, it is in relation to Pakistan that Lavrov’s words merit close attention. He just wouldn’t be drawn into any criticism of Pakistan as a state sponsoring terrorism – not even obliquely. More important, he drew a line of distinction between the Pakistani government and ‘terrorist hotbeds’ operating on Pakistani soil. He also saw the problem of terrorism as affecting Pakistan’s neighbouring countries rather than being ‘India-centric.’

As regards the “situation between New Delhi and Islamabad”, Lavrov argued that it is in Russia’s interest that the relations ‘improve one day’ and he vaguely offered that Moscow could be a facilitator. He kept Moscow at strict equidistance between Delhi and Islamabad and pointedly flagged the Shanghai Cooperation Organisation (SCO) as a potential ‘discussion forum’ for India-Pakistan normalisation. Lavrov suggested a regional solution.

Lavrov also made a spirited defence of the rising trajectory of Russia’s ties with Pakistan. He stressed that by keeping contacts with Islamabad, Moscow is ensuring Pakistan doesn’t get isolated since “isolation leads to a dead-end”. “We are for engagement of all, on which depends the solution of international problems”, Lavrov pointed out.

Without doubt, Russia’s thinking towards Pakistan has been undergoing change. Moscow has stepped up political contacts with the Pakistani leadership (civilian and military) and revved up security cooperation. The Kremlin also initiated a quadrilateral format comprising Russia, Pakistan, Afghanistan and Tajikistan to work on regional economic cooperation (especially in energy and transportation), curbing drug trafficking and on stabilising the Afghan situation. Recently, Moscow suggested that the quadrilateral format could become an adjunct to SCO’s activities.

What explains the new thinking in Moscow on these sensitive salients of regional security that profoundly impact Indian interests? First and foremost, Russia, being a global player, has no alternative but to respond to the US regional strategies apropos of long-term western military presence in Russia’s extended neighbourhood, Washington’s Great Central Asia strategy (aimed at rolling back Russian and Chinese influence) or the Silk Road via Gwadar for transportation of the mineral wealth of the region to the world market, etc.

On virtually all these templates of the geopolitics of the region, Pakistan figures as a key country without whose cooperation the US geo-strategy becomes unworkable. On the other hand, India has all but become a ‘sleeping partner’ of the US’ regional strategy and Moscow cannot hope to leverage its ties with Delhi to modulate or shape the developing regional security scenario.  Delhi is not interested in any such project with Russia, either, and Moscow realises that.  Whereas, Pakistan happens to have an active – even proactive – regional policy and is a key player in Afghanistan.

As Lavrov put it diplomatically, Moscow has stakes in ensuring Pakistan isn’t ‘thrown to the wolves,’ so to speak – and it has a shared concern with Beijing. Moscow is closely coordinating with Beijing on regional and international issues. Hopefully, Lavrov’s consultations will prompt Delhi to take stock of its regional standing. India’s destiny to work with the US to secure the ‘global commons’ is all very fine, but first we need to be influential in the region.

Influence comes from networking with regional powers, a diversified foreign policy, and the ability to leverage regional groupings – RIC (Russia-India-China) and SCO, in the present context.