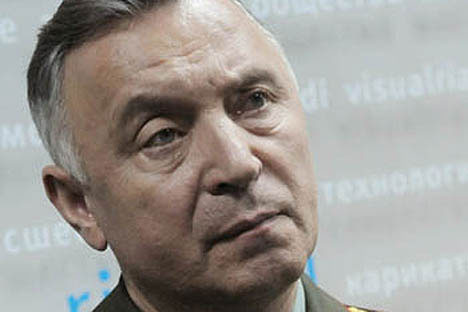 Makarov will meet with his Indian counterpart Air Chief Marshal Pradeep Vasant Naik and other top military commanders. The sides will focus, in particular, on the preparation for the Indra 2011 joint military drills.

During his stay in India, Makarov will also visit the BrahMos Aerospace Ltd., a Russian-Indian joint venture manufacturing supersonic cruise missiles, and the headquarters of the 50th independent parachute brigade, the first Indian airborne unit formed in 1941.

The Indian and Russian military have conducted joint INDRA exercises since 2003. The latest drills were held in October this year in the Indian Himalayas.

Russia sent more than 200 troops from its 34th mountain brigade, based in the North Caucasus, to join the Indian troops in the exercises.