Should culture make a profit? 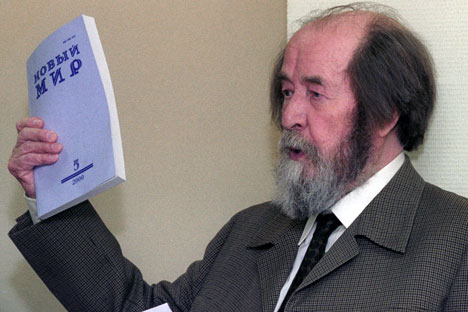 The literary journal Novy Mir (New World) has been published in Russia since 1925. The selection of leading authors published by the journal in those times resembles a textbook on Soviet-era literature: Vladimir Mayakovsky, Sergei Yesenin, Osip Mandelstam, Alexei Tolstoy. But it was in November 1962 that Novy Mir rose to international prominence after publishing Alexander Solzhenitsyn’s story One Day of the Life of Ivan Denisovich.

The story was a huge success. For the first time ever, a truthful account of Stalin’s labor camps was published in the Soviet press. Written from the perspective of an ordinary inmate who was sentenced to hard labor only because he was captured by the Nazis in World War II, the book exploded like a bomb. Before the publication, top Communist party bosses read 23 specially printed copies. Then Soviet leader Nikita Khrushchev gave his blessing to the publication. The sensational news sent ripples across the globe. The following year, in 1963, the book was published twice in English, twice in German, as well as in Czech and Swedish. In the Soviet Union, the issue of Novy Mir that contained the Solzhenitsyn story was in huge demand; people copied it by hand and learned it by heart. This success was followed by a whole string of other exposes. Thanks to Alexander Tvardovsky, a talented poet and then-editor of Novy Mir, the journal was becoming an island of honest literature, if not of real freedom. It was idolized by the Soviet intelligentsia.

From 1964, Novy Mir’s editorial staff worked in a modest building in central Moscow, occupying two floors in one section of the building. However, when privatization began in Russia, Moscow’s property department and Russia’s Property Ministry could not divide the small premises, and the dispute dragged on for 20 years. During the whole of that period, the building had no owner, and Novy Mir could not even sign a lease agreement. In this situation, it chose to pay taxes and maintain the disputed area for two decades. A few years ago, Novy Mir went to court seeking to assert its rights as the actual owner of its editorial office, in accordance with a law that allows possession after 15 years of occupancy, but the magazine lost the case.

And now that Moscow authorities have won the battle, Novy Mir’s editorial office is to be auctioned off on Dec. 14, with bids starting at a price of over $2 million. The literary journal does not have such money, and it never will. With a monthly circulation of 5,000 copies, it makes no profit. The journal does not publish advertising out of principle. Like other literary journals, it is out of favor with retail stores, which are oriented toward the tastes of a mass audience. The journal performs one special function: it takes new authors to Russia’s literary heights, gives them a forum for their work and acts as a springboard for them. Moreover, Novy Mir publishes an electronic version for free on the Internet.

Can such impractical people expect any profit? Indeed, they can’t and they don’t. Clearly, this unfortunate situation is the result of Russia’s ill-though and hasty privatization, with its flawed mechanism still working today. But in broader terms, there is a philosophical issue: should culture be expected to make a profit?