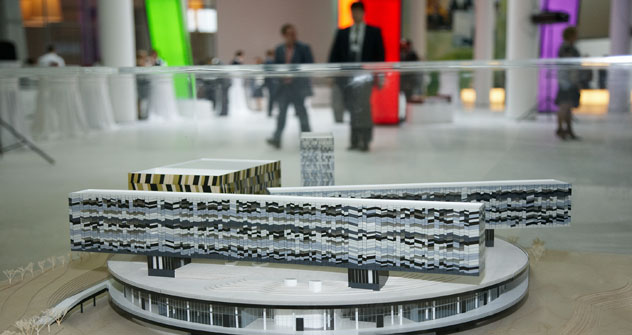 Russia has emerged in the twenty first century as a self confident and determined country. It continues to be recognized as a major power. It is a significant producer of weapons, and maintains a nuclear arsenal to boot. And it is a major producer of oil and gas. High oil and gas prices and an exponential increase in the sale of weapons during the period 2005-2008 have enabled Russia to play a more assertive role in global affairs.

However, the Russia-Georgia conflict of 2008 and the onset of the global economic crisis have adversely impacted the Russian economy. Russia witnessed a massive outflow of capital on account of the war, and this was further aggravated by the financial crisis sweeping the world. Russia was unable to get international support for the declaration of independence of South Ossetia and Abkhazia from Georgia. Russia’s GDP fell by 8 per cent in 2009, while the stock market plummeted by almost 90 per cent from the peak achieved in the summer of 2008, and foreign direct investment also fell by 45 per cent.

Russia’s influence in global affairs today is restricted on account of its lack of global economic competitiveness. Its economy is still primarily a resource based one and therefore highly dependent on prices of commodities like oil, gas and metals. Despite being a major defence equipment producer involving high technology, Russia is also plagued by the problem of “monocities” i.e. cities that rely on one or a few Soviet-era outdated businesses. This is an indication of the inability of the state to achieve seamless diffusion of military technology into the civilian sphere.

One of the primary objectives of Russian policy makers is to initiate steps for the resurgence of Russia and it regaining its lost position in global politics.

Therefore, President, Dmitri A. Medvedev has chalked out a diversification plan that would enable the economy to ride out future economic crises and fostered enhanced technological cooperation with the developed world, especially ‘modernization alliances’ with the United States and the European Union. The development of a robust national innovation system and a knowledge based economy with the help of the world’s smartest money has been accorded top priority in economic planning. Russia is home to some of the best engineers and scientists in the world and therefore the State seems to be in a position to implement radical ideas in collaboration with foreign capital and technology. Modernization will be accompanied by a thorough integration of cutting-edge dual use technology, maximizing the human and intellectual potential of the country, capacity building and creating entirely new areas of world-class technology.

In February 2010, President Medvedev announced the establishment of a modern technological innovation centre in Skolkovo (on the outskirts of Moscow) for research and development, with an area of 1.5 million square meters, dubbed as Russia's own Silicon Valley after its namesake in the United States. The innovation hub will have its own police department, tax and customs services and patent authority. Individuals involved in research activities in Skolkovo will be exempted from VAT, property and land taxes until their annual sales reach 1 billion roubles ($34 million) and eventually until their accrued profits amount to 300 million roubles ($10 million). The centre will focus on research in five priority areas: energy, information technology, communication, biomedical research, and nuclear technology. These include research on nuclear energy, satellite technology (communications and the GLONASS system), medicine (diagnostics systems and new drugs), and information technology (software and supercomputers). Scientific research premises along with graduate schools, laboratories, housing, offices, kindergartens, schools and hospitals will be built in Skolkovo. Highway infrastructure has been earmarked for completion within four years. There will be no local authorities, and the Skolkovo Board itself will take care of lighting, plumbing and street naming. This is an exception to the law of local governance in a country which is otherwise over-centralized and state controlled.

While figuring out a strategy for Skolkovo the Yaroslavl Roadmap Report 10-15-20: “10 Years to Implement, 15 Steps to Take, 20 Pitfalls to Avoid—International Experience and the Path Forward for Russia,” was released at the Global Policy forum 2010, hosted by President Medvedev in September 2010 in Yaroslavl. It aims to accomplish the transition to an innovative economy by sharing the experiences of some of the most successful countries that have treaded the path of modernization.

One must not forget an Indian contribution to this roadmap. Mr. Vivek Wadhwa2 had come up with some very interesting suggestions (later incorporated in the Yaroslavl roadmap) for Russia to overcome the initial teething problems. These included suggestions for investing more resources in the education sector, forging alliances with universities across the world, recruitment of international faculty, creation of conditions conducive for skilled international workers to showcase their talent by making use of their diversity and taking advantage of the patent free zone in Russia to come up with solutions that patent restrictions prevent from being conceptualised in the United States.

The Roadmap prominently cites India’s IT sector and useful lessons have been derived from it. The roadmap also calls for the establishment and codification of intellectual property laws, ownership for government sponsored research and mandating international standards and regulations.

President Medvedev roped in eminent personalities in the Skolkovo Board whose members include Eric Schmidt, chairman and CEO of Google, Ratan Tata, chair of Tata Sons, Peter Loescher, president and CEO of Siemens, and John Chambers, Chairman, Chief Executive Director, Cisco Systems Inc., among others. Cisco pledged investments to the tune of US $1 billion and other big multinational companies like Motorola and Siemens have shown keen interest in participating in this project. President Medvedev visited and negotiated deals at the Silicon Valley and the Governor of California Arnold Schwarzenegger led a return visit of a big business team to Skolkovo. China, whose economic and political rise can be significantly attributed to the country’s commitment to the strategy of modernization, has pledged support for the Skolkovo project during the September meeting of the two heads of States in Beijing. German, French and Swiss companies have also expressed their desire to be a part of the project.

Steps have been initiated to enhance cooperation between universities globally. A pilot project ‘EURECA’ (Enhancing University Research and Entrepreneurial Capacity) was launched to bring together several of Russia's newly designated "national research universities" to work with teams from four American institutions. Last year Russia adopted its own version of America's 30-year-old Bayh-Dole Act, giving its universities the right to own and commercialize the findings arising from their research. Focus has been on utilizing state resources to fund peer-reviewed work. This is something India can learn from.

Despite the wave of optimism sweeping across the Kremlin there are issues that may act as impediments in attracting the best talent and investment:

• The possibility of over involvement and micro management of affairs of Skolkovo by the Russian government.

• Corruption is endemic and continues to plague all walks of life in Russia. Russia is ranked 146th out of 180 in the Transparency International 2009 index.

• Although innovation is best created by research universities, till date the only educational institution that has been discussed and that has come up in Skolkovo has been the management school. Given that Silicon Valley, Cambridge Mass and Beijing’s Zhongguancun all have close links with nearby research universities, this concern seems well placed.

Modernization alliances and Russia’s increased cooperation with the West bodes well for the international system. Not only does it allow Russia to be a bigger stake holder in the conduct of international affairs but also enables the country to forge alliances and partnerships with states which have hitherto viewed Russia with deep scepticism and concern. The new scenario has manifested itself at various levels: Russia’s Lisbon agreement with NATO to cooperate on anti-piracy, drug trafficking, Afghanistan and to consider working together for a missile defence for Europe, Russia's voting for UN sanctions against Iran, START treaty with the US, and inviting NATO soldiers to march on Red Square on Victory Day.

Where does India stand in this changing scenario in Russia? Can it benefit from being a part of the Skolkovo initiative?

The competitive advantage of a country can be achieved through a diffusion of sophisticated military and civilian technologies. However, the track record of both Russia and India in this sphere is at best modest especially when one compares it with the experience of China.

However, Russia has some of the best scientific talent in the world. Even in Silicon Valley, team leaders in Indian companies are frequently from Russia. Similarly, India’s information technology prowess is comparable with the best in the world and Russia’s patronage and expertise on science and technology is legendary even today. Creation of favourable conditions should bring about synergy in research and development and innovation of new technologies which should give a fillip to the modernization mantra of both countries.

Consequently, it becomes imperative for both India and Russia, two traditional friends, to come together to explore and cooperate in new areas of high technology. Both India and Russia could examine the role of the Chinese government in terms of its support for modernization programmes. Moreover, emphasis should be more on research in the civilian rather than defence sector which can be put to the better use of increasing productivity and efficiency. After all in today’s globalised world where focus is more on economic ability rather than military might advanced technology is the key to power.