Getting Russian visa to be easier for Indians 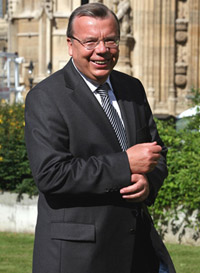 Moscow and New Delhi may sign an agreement on simplifying visa issuing procedures during Russian President Dmitry Medvedev’s visit to India between December 20 and 22.Such measures may help ensure hassle-free travel for Indian and Russian businessmen and thus boost trade.

Though the global economic slowdown is cited as one of the main reasons for the sluggish growth in bilateral trade in 2009, both India and Russia agree that difficulties experienced by businessmen and others to get visa to travel to each other’s countries have also been major hurdles, Deccan Herald reported.

“Russia’s stringent visa regime has been a major deterrent for Indian businessmen seeking to visit that country to explore opportunities and enhance trade ties,” said former Mumbai University professor R G Gidadhubali – a noted expert on India-Russia relations – while speaking at a conference at the Indian Council of World Affairs here.

Alexander V Lukin, an eminent scholar from the Moscow State Institute of International Relation (MGIMO), said it was very difficult for Russians to get visa to travel to India.
“I travel to many countries, but I found it most difficult to get a visa to come to India,” he said, adding that the Indian Embassy in Moscow took 10 days to issue him a visa, while visas for European countries could be obtained in just five days and the Chinese Embassy in Moscow took a day to do so.

According to Deccan Herald, India tightened its visa regime after investigations in the November 2008 Mumbai attacks revealed that Pakistani-American terror-plotter David Coleman Headley had made multiple visits to India. “While we have genuine security concerns, we are also working with friendly countries like Russia to ease the visa regime,” said an official.

Once New Delhi and Moscow sign the agreement to simplify visa procedures on December 21, an Indian businessman seeking to visit Russia would not have to produce an invitation from his counterpart to get a visa. Instead, he would just have to submit a certificate from one of the mutually designated trade bodies. The same procedure will also be applicable for Russian businessmen seeking to visit India, Deccan Herald reported other sources saying.