Exchanges between Russia and the US promote heart health 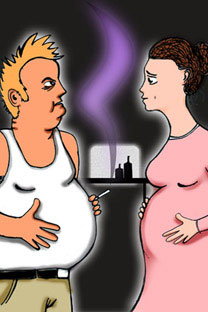 Much has already been said about the continuing demographic decline in Russia, which lacks historical precedent in the absence of war or famine. What may be less well known is that the demographic decline cannot be reversed without attending to the burden of cardiovascular disease.

The immediate or proximate causes of the demographic picture are clear - fewer births than deaths. Between 1992 and 2007, there was a dramatic fall-off in the total number of births. Russian Federation government policy has concentrated particularly on the issue of fertility through a series of pro-natalist policies and programs, and fertility has risen only modestly.

While influencing fertility appears to be a tall order, premature mortality, notably affecting young and middle-age males, can be reduced. Russian and American men are dying in what should be their middle age, and turning this pattern around is a good reason for international cooperation.

Overwhelmingly, the major contributor to excess or premature mortality in Russia is cardiovascular disease and its complications - heart attacks and stroke. Cardiovascular disease represents the most prominent cause of excess or premature mortality in both the United States and Russia. In Russia, its contribution is exceptionally large. From figures reported by the Ministry of Health and Social Development of the Russian Federation, diseases of the circulatory system contributed to 57 percent of the overall mortality rate in Russia in 2006.

Neither country has achieved its potential for reducing the burden of this major impact on health. Yet the life-threatening complications of cardiovascular disease are largely preventable. Prevention programs should target principal, responsible risk factors - particularly, cigarette smoking and elevated blood pressure.

Hypertension is a key risk factor. Prevention of heart attacks and stroke requires recognition and treatment of elevated blood pressure. Recognition of the importance of blood pressure evolved over four decades. With that evolution has come an increasingly finely tuned understanding of when and how aggressively to treat high blood pressure. Worldwide, roughly 27 percent of the adult population exhibits hypertension.

Evidence from long-term epidemiological studies such as the Framingham Heart Study provided the basis for the design of effective clinical and community interventional programs. Applying this new standard in practice and utilizing basic, very inexpensive antihypertensive drugs, led to a marked reduction in cardiovascular mortality in the United States within 3 years. That was fully two decades before there occurred a significant reduction in cigarette smoking and before the advent of more sophisticated, antihypertensive drugs. Experience in North Karelia, Finland, proved the value of aggressive, community-wide educational and screening campaigns. Further reductions in cardiovascular mortality required a combination of preventive reduction in the principal risk factors (such as hypertension) and effective medical management.

Health is a proven subject for engagement and cooperation with Russia, with an established history. U.S.-Russia Collaboration on Cardiopulmonary Research, begun during the period of detente, between the U.S. National Institutes of Health and the National Cardiology Research Center in Moscow, remained in place for more than 30 years.

Health was on the agenda during the Medvedev-Obama Presidential Summit in Moscow in 2009. The statement of the Public Health Working Group singled out cardiovascular disease as one area for long-term cooperation. Importantly, the Russian Federation Government has signed the Framework Convention on Tobacco and has proceeded to lay on a program of economic incentives to reduce smoking. The Ministry of Health and Social development has declared an emphasis on reducing mortality in its report, “Strategy for the Prevention and Control of Noncommunicable Diseases and Injuries in the Russian Federation.”

The Summit discussions produced a series of principles designed to guide further cooperation.The proposed program should have a sufficient longevity to ensure results. But perhaps the most important of these principles was an admonition to move away from the aspect of donor-recipient relationships traditional to “foreign assistance” but craft a program of true, professional cooperation and collaboration.

A proven and appropriate vehicle for this type of cooperation is professional exchanges engaging respected medical talent. Professional medical education programs involving exchanges of practitioners have been successful instruments of engagement between the United States and Russia over the past 15 years. These exchanges have resulted in strong, long-term associations engaging large numbers of academic ad practicing physicians, and in a fashion unrelated to the political tensions of the moment.