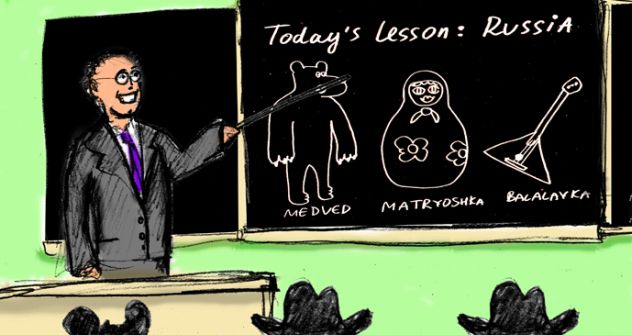 To tell the truth, most of the world, including Russia, does not really understand what the Wikileaks scandal is all about. Well-educated friends of mine called me in disbelief. “What does it mean when you call Putin an Alpha dog?” one friend asked me about one of the leaked diplomatic cables.

Another letter compared the tandem of President Dmitry Medvedev and Prime Minister Vladimir Putin to Batman and Robin, a superhero pairing totally unfamiliar to the Russian public. Believe me when I say that describing Batman and Robin requires animated discussions and visits to YouTube.

Since dozens of secret American cables have been leaked, analyzed and discussed, it appears that, despite the reset, American diplomats have a grim and cynical perspective toward Russia. Do the leaks reflect general sentiments or an occasional venting?

As a Russian living in Washington, D.C., and a former longtime employee of the U.S. Embassy in Moscow, I am torn in my reactions to the leaks, which could have been predicted. It is not easy to court, woo or otherwise get information from Russian officials, who have been increasingly suspicious of American diplomats since the Kosovo crisis of 1999. American diplomats are understandably frustrated. Still, the leaks revealed a lapse on the American side. It has become clear that diplomats have relied on the same, tight circle of sources of information for the past two decades.

True to form, American diplomats demonstrated their talent for spin when they turned the large-scale failure of leaked cables into a victory. There was an almost unanimous decree that “alleged leaked cables demonstrated the hard work and talent of the State Department employees.” The spokesman of Russian Prime Minister Vladimir Putin had a different viewpoint when he said: “that he feels sorry for the country that has such diplomats.” Putin, as usual, was trying to find a plot and decided that “it was an attempt to break him up with the president.”

But 21st-century diplomats should expect and be prepared that private letters are often posted online. A computer guru with only a year of work experience can figure out what happened with those cables and how they were leaked, but one needs years of experience at the State Department to understand the implications and the depth of the damage. What is clear is that the American government computer system became a victim of its own modernization. With old fashioned typewriters and paper technology, private letters could not go viral.

Most likely these leaks occurred partly as a consequence of the post-9/11 perspective. The U.S. government decided then that its main vulnerability was an absence of the information sharing between the agencies responsible for protecting America from terrorist acts.

Today, if a State Department telegram on obscure matters might be of use to an Army intelligence analyst, or an FBI special agent, it is passed on. Information technology was the platform that made all these missives available to an Army private first class who leaked it to a man whose name I don’t want to put on paper.

The main source of the leak was an American citizen with access to a classified system. It was not a foreigner who worked for the United States government. It was not a Russian spy from the previously disclosed network - it was a member of the U.S. Army. This is an indication of a serious generation gap in national security concerns.

The names of the sources who spoke privately with American diplomats should be protected at all costs. In the countries with repressive regimes, such a disclosure may be a threat of serious punishment to the friends of America for cooperation with foreign government. Clearly, U.S. diplomacy should care more about protection of its friends abroad and think about the consequences.
Finally, if Americans want a fuller picture of Russia, they need to widen their circle of friends. One of the results of the Wikileaks scandal should be to dust off their electronic rolodex and invite new guests. And the Kremlin should understand that if they want Americans to have a different perspective on Russia, they need to open a window, if not a door.