What does the collapse of the Soviet Union really mean? 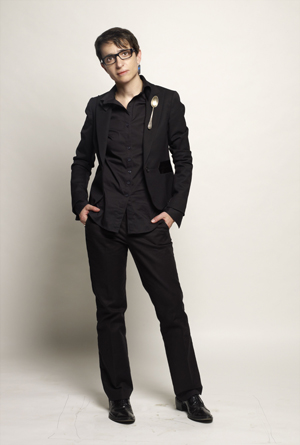 Regardless of how one would characterize the collapse of the Soviet Union - as the "greatest geopolitical catastrophe of the century" or just its "major geopolitical disaster" - everyone appears to agree that it was one of the 20th century's most fateful geopolitical events. Russia's Prime Minister Vladimir Putin once called it a "genuine drama" for the Russian nation. In contrast, many in the West celebrated the disappearance of the Soviet Union as a Cold War trophy and a sign of the "end of history."

While the fact that the Soviet Union has "collapsed" is not in dispute, little attention is being paid to what the Soviet Union, the Union of the Soviet Socialist Republics (USSR), actually was. The only thing everyone seems to remember is that the USSR was composed of 15 so-called Soviet Socialist Republics (SSR). So when the USSR was "collapsing," the "collapse" was supposed to proceed precisely along the borders separating the SSRs, resulting in the creation of 15 newly independent states. Can it get any simpler than that?

Not so fast. In 1991, the Soviet Union was a true administrative monster that held together as many as 173 different territorial entities: 15 above-mentioned SSRs, 20 Autonomous Soviet Socialist Republics (ASSRs, parts of SSRs), 8 autonomous regions, 114 regions, 6 territories ("край"), and 10 autonomous districts.

Countless changes to this administrative puzzle occurred over the almost 70 years (1922-1991) that the Soviet Union was in existence: new districts, regions and republics emerged and then disappeared with the speed of images on a slide show; borders between entities were drawn and redrawn, and then redrawn again, by a restless hand of a mysterious artist; shuffling smaller "republics" between bigger ones was taking place almost as often as shuffling cards in professional poker. Just a few examples. In 1936, the Kazakh and Kyrgyz ASSRs ceased being parts of the Russian Soviet Federative Socialist Republic (RSFSR), the largest SSR in the USSR, and were "upgraded" to the Kazakh and Kyrgyz SSRs, while the Karakalpak ASSR was transferred from the RSFSR to the Uzbek SSR. In the 1950's, a swath of RSFSR territories bordering the Kazakh SSR went under the Kazakh SSR's jurisdiction. In 1954, the Ukraine SSR got a gift from the RSFSR: Crimea (the Crimea region of the RSFSR).

Think about that for a moment. Crimea has been an intrinsic part of Russia for almost 200 years, with the Russian Empire spending blood and treasure, during the Crimean War of 1853-1856, to keep the peninsula within its borders. And then, a Communist apparatchik, Nikita Khrushchev, following the best traditions of the Soviet Union's arbitrariness, just transferred Crimea from Russia proper to Ukraine. (The reason for Khrushchev's decision - to commemorate the 300th anniversary of the reunification of Ukraine with Russia - sounds especially absurd today.) Is it not incumbent upon anyone who wants to put away the legacy of the Soviet Union to condemn this act of supreme state stupidity (the term "state treason" would perhaps be more appropriate) and to demand that Crimea be returned to where it truly belongs: in Russia?

Granted, the borders of some Soviet Socialist Republics - the three Baltic SSRs (Estonia, Latvia, and Lithuania) come to mind first - did reflect historically established demarcations between stable and mature nations. But others did not. Instead, they were created by the malicious mind of the world's most creative nation builder, Josef Stalin. Take the Georgian SSR. This product of Stalin's imaginative cartography included the Abkhaz ASSR and the South Ossetia autonomous region, both placed under Georgian rule in contradiction to historic and common sense and despite protestations by both the Abkhazi and Ossetian people. So when in 1991, Georgia declared its independence from the Soviet Union, both Abkhazia and South Ossetia rightfully demanded their independence from Georgia. They won it, after an armed rebellion, in 1992-1993. But the Western governments have refused to accept their de facto independence. Western strategists apparently believed that in this part of the Soviet Union, its "collapse" should be partial, so that Georgia's independence from the Soviet Union was legitimate, despite the fact that Georgia joined the Soviet Union voluntarily, but the independence of Abkhasia and South Ossetia from Georgia was not, despite the fact that both entities were made part of Georgia by Stalin's order.

The U.S. Secretary of State ought to consider this the next time she articulates U.S. policy in the region. Madam Secretary should remember that by vowing to uphold Georgia's "territorial integrity," she is attempting to preserve the legacy of the Soviet Union (and fulfill the dreams of its bloody dictator).

It will take time to heal all the wounds - political, economic, social, cultural, and psychological - the precipitious and disorderly desintegration of the Soviet Union has caused to Russia and its people. It will also take time to fully understand what the Soviet Union was and was not in the history of the Russian state. The burden of this work lies on the shoulders of the Russians themselves. But we in the West can help, too. First, by accepting that today's Russia is not a Soviet Union and will never be one. Second, by realizing that the "collapse" of the Soviet Union is still going on, and we can't just end its history by whim.