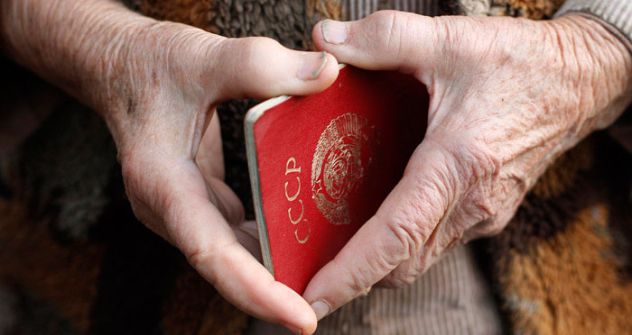 Internal passports were created during the Stalin eraSource: Reuters/Vostock Photo

Olesya Melnikova is a successful 28-year-old PR executive in Moscow. Lured by a higher salary and the opportunity to work with foreign clients, she came to Russia’s capital from her native Omsk, in Siberia, five years ago.

Recently, Melnikova stopped for an early-morning coffee before a flight to Italy. She was approached by a police officer, who requested to see her internal passport, Russia’s equivalent of a national ID card and different from her foreign passport. When the officer discovered that she had not registered as a resident of Moscow, he hauled Melnikova off to the police station. "Without this paper you're a nobody!" he said.

Internal or domestic passports—a registration document which ties Russians to a particular city, its system and benefits—were created during Stalin's time as a method of controlling internal migration within the vast Soviet Union. Yet the archaic form of registration still grips the lives of Russia's citizens. For anyone seeking to permanently move to another part of the country, changing one's registration can be a bureaucratic nightmare. Residency in a well-off part of the country, especially Moscow, entitles one, for example, to attend some of the best schools, and secure the kind of medical and retirement benefits, that are available in few other regions.

As part of its ongoing modernization efforts, the government has announced that registration is about to become much simpler. The Federal Migration Service (FMS) has even hinted that the entire process could soon be obsolete. Announcing the decision at a recent press conference, FMS chief Konstantin Poltoranin hinted that the practice of carrying registration could be abandoned altogether. “The internal passport has no future as a legal document,” he said. Soon, Russians will be able to change residency by mail or over the Internet.

To this day, problems in registration status can stop a career cold. Leonid Pokryshkin, a 30-year old from Nizhny Novgorod who now works as an IT executive at a large Moscow bank, said it took him almost a year to obtain a new foreign travel passport separate from his internal passport. “I had to fly to the United States on an important business trip, but my passport had expired. I learned that I couldn’t get one in Moscow without being registered here, so I traveled home to Nizhny Novgorod and applied there. I finally received my new passport a year later,” Leonid said. He was told the delay happened because he officially was a resident in one city and employed in another.

The relaxation and possible abolition of the internal passport regime is a win-win for the people, and the government, because, “by keeping the registration system in place, the state is clearly encouraging corruption,” said Sergei Smirnov, director of the Institute of Social Policy and Social & Economic Programs at the Russian Higher School of Economics.

But can a change in the system lead to a workforce on the move?

The Russian government hopes that the changes will lead to more movement for jobs, especially among young people. Labor mobility is stagnant in Russia today, according to Indermit Gill, World Bank chief economist for Europe and Central Asia. A Russian moves at most twice in a lifetime, while Americans might move 13 times during their working lives. So far Russian customs do not support such a nomadic lifestyle, even among the young.

Yet in Russia, there are certainly reasons to move, and one of them is huge variations in income between regions. According to the Federal Statistics Agency, in 2008 the average monthly salary in the Yamalo-Nenets Autonomous District in northwest Siberia, which is rich in iron, coal and natural gas, was around 38 thousand rubles (almost $1,300), while in Ingushetia in southern Russian it was around 5,500 rubles (under $200).

The frustrations of residents who were both laid off and unable or unwilling to relocate to a more prosperous region culminated in last year's showdown between Prime Minister Vladimir Putin and Oleg Deripaska, then Russia's wealthiest man, in the town of Pikalyovo. Laid-off workers from the town's single cement plant blocked the highway between Moscow and St. Petersburg. Putin helicoptered in, and ordered Deripaska's company to re-open the plant, famously throwing a pen at him in anger.

To foster change, the Russian government decided to reimburse travel and housing costs for people looking for a job in a different city. Almost 4.5 billion rubles were allocated for this purpose. The measure has yet to encourage greater mobility, however.

Experts are also uncertain about the impact of lifting registration requirements.

“I don’t think that lifting the registration requirement would encourage internal migration,” said Smirnov. “In order for people to move freely between cities, there must be an affordable housing market. Moreover, unlike in the United States, our regions are vastly different from one another, making it hard for people to adapt.”

Added Vladimir Mukomel, Department Head of the Russian Academy of Sciences’ Institute of Sociology, “There’s no workforce turnover in our country to speak of. Only large companies can afford this. Social perks don’t work, and people aren’t motivated to move to another city and overcome all of the difficulties this entails.”

“Registration has to be abolished all the same,” said Arytom Sokolov, a 27-year-old Muscovite. “Let the people get accustomed to a more mobile life. The Soviet mentality won’t go away overnight, but you have to start somewhere.”

Born and raised in Moscow, he left the capital two years ago and moved to Pavlovsk on the fringes of St. Petersburg. He said he was tired of the noise, whereas in Pavlovsk there is fresh air and a park nearby. “I don’t understand why I should live at the same place all the time,” he said. “When I get tired of this town, I’ll move somewhere else. All I need for work is high-speed Internet, a phone, and a laptop. Other than that, you are as free as a bird.”