The challenges of modernizing Russia 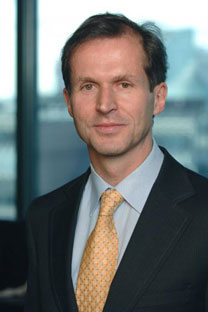 Modernization has become a keyword in the Russian policy debate, closely associated with President Dmitry Medvedev. Russia undoubtedly faces enormous challenges in modernizing its industry, agriculture and services sector. The media spotlight has focused on a few high-profile undertakings such as the Skolkovo innovation hub, the initiative to make Moscow and international financial center initiative, and the Rusnano corporation for co-investing in high-tech projects. The government has poured significant resources into these flagship projects; Rusnano alone was capitalized with $5 billion in 2007.

These projects represent important visions, but they may distract the debate of what needs to be done to modernize the Russian economy. The challenge of modernizing Russia runs much deeper and requires much broader changes in the business environment. There is also a risk of creating unrealistic expectations for what individual projects can achieve.

The government initiatives focus on radical modernization with development of new products and technologies. The objective is to put Russia back strongly on the world’s R&D map. Russia remains home to some of the world’s brightest minds, and recent reforms of migration legislation make it somewhat easier to attract expatriates. The country’s commodity wealth also enables the government to fund radical innovation projects generously, even without private sector co-investment.

But true modernization also encompasses the importation of internationally applied technologies and skills, and gradual enhancement of existing domestic products and technologies. Russia so far lags behind many other emerging markets in attracting foreign investment and in bringing about incremental productivity improvements in existing enterprises.

According to various estimates, productivity in Russian manufacturing could be improved by a factor of three to four with existing technology. Even then, recent analysis shows that the Russian industry is not only poorly diversified and lacking efficiency, but its capabilities are in places where the scope for productivity improvements is limited and from where diversifying to products with more growth potential is difficult.

In these circumstances it is understandable that policymakers are toying with ideas for top-down industrial policy. International experience with such policies is mixed at best, and on balance not very encouraging. In part, this is because government officials are not necessarily better than markets at picking “winners.” More importantly, without the key inputs of adequate human capital, physical capital, and management skills there will no long-term competitive companies from which to pick “winners.” Russia needs to modernize all three.

Start with human capital. Successful recent modernizers tend to be among the top performers in the PISA (Program for International Student Assessment), the OECD test of performance of 15-year-olds. In 2006, Finland was ranked first, Hong Kong second, Korea third, Taipei China fifth, and Japan, 10th (Singapore and Malaysia did not participate in the survey). Russia was ranked 33rd in terms of math skills, 35th in terms of science skills, and 39th in terms of text analysis skills. Russia undoubtedly has islands of excellence in terms of human capital, but for modernizing the technological base of the entire economy, overall secondary education will be of particular importance, as it is largely about learning to learn and to acquire new skills.

Another key aspect is the modernization of capital stock and technologies. A major impediment to “imported modernization” is the lack of convergence towards international standards of certification and application of equipment. Enterprise surveys including BEEPS (the EBRD / World Bank Business Environment and Enterprise Performance Survey) indicate that domestic certification of equipment remains a very long and costly affair, even in the case of internationally certified and widely used technologies, with approvals required from a large number of different government agencies. This raises the relative cost of investment and delays modernization. Reform of the certification regime, lowering of non-tariff import barriers for capital goods, and improvement in the broader business environment leading to higher incidence of foreign direct investment could go a long way.

Finally, a recent EBRD survey showed that Russian firms scored well below average in terms of quality of their management techniques. Strikingly, management skills proved to be worse on average in higher-value-added industries. Setting up management schools—as is being done in the context of Skolkovo project—is important, but secondary school attainment is a more important predictor of economic growth. Ultimately, it is competition that drives badly managed firms out of business and puts pressure to modernize.

Given the daunting challenges of modernization, visions are helpful in providing a sense of direction. Skolkovo, the international financial center project and nanotechnologies are probably good places to start, as they draw on some of Russia’s existing strengths and they are each associated with a broader reform agenda.

These flagship initiatives will hopefully eventually succeed, some more likely than others. But there should be realistic expectations in terms of their wider impact. Silicon Valley and Route 128, the implicit models for Skolkovo, are not the primary reasons why the United States remains the world’s top destination for capital.

Success of broader modernization will ultimately depend on economy-wide efforts to modernize capital stock, upgrade management practices and improve human capital through deregulation, competition, education and other policies to build an attractive environment for business. As President Medvedev told participants at the St. Petersburg Economic Forum a few years ago, the ultimate test of modernization is whether it creates a country in which people want themselves and their children to live.

Erik Berglof is a Chief Economist at the European Bank for Reconstruction and Development .