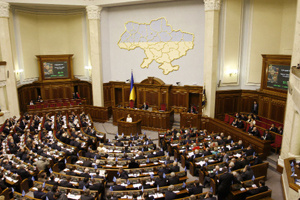 The Single Economic Space (SES) created on the basis of the Customs Union of Russia, Belarus, and Kazakhstan is gradually taking shape as a long-term integration project. At a meeting in Moscow on Dec. 9–10, the leaders of the three post-Soviet leaders countries finalized its legal and regulatory framework and announced that the SES will go into effect on Jan. 1, 2012.

As the Commonwealth of Independent States moves into its second decade, only two of its members, Russia and Kazakhstan, have sufficient resources and political will to adapt their economies to the global market.

According to the Russian Audit Chamber, Russia is the undisputed leader among CIS members in terms of GDP, trade, and exports. Russia has accounted for around 80 percent of the CIS’s combined GDP over the past five years. Russia is responsible for more than 40 percent of trade between CIS countries and for just under 60 percent of total exports. Millions of CIS citizens flock to Moscow in search of work. According to the World Bank, 12.3 million people entered Russia in 2010 and remittances from guest workers in Russia account for 20–30 percent of CIS countries’ GDP.

A deep, multi-stage integration project for the SES proposed by Moscow is a response to current challenges. As a first step, the Customs Union of Russia, Belarus, and Kazakhstan, was launched in January 2010. Russia, Belarus, and Kazakhstan, with a combined population of 170 million, account for almost 83 percent of the former Soviet Union’s economic potential. The three countries’ combined GDP is equivalent to $2 trillion and the value of their aggregate trade is $900 billion. According to Kazakhstan President Nursultan Nazarbaev, a proponent of integration, “the Customs Union may gain prominent positions in the global energy and grain markets, with the three countries together holding 90 billion barrels of oil reserves and accounting for 17 percent of global wheat exports.”
So far Russia, has lagged behind globally in terms of customs clearance promptness and quality.

According to Economic Development Minister Elvira Nabiullina, Russia is ranked 140th of 183 countries on simplicity of customs formalities. If Russia fails to create comfortable business conditions, foreign trade players will prefer to “cross the border” in Kazakhstan or Belarus, or even to do business there. Unresolved issues include the freedom of workforce movement within the union, the status of migrants and immigration quotas.

There is another problem as well: The external borders of the union are now under almost total control by Russia’s neighbors rather that Russia itself. “There is a risk of an increase in the share of cheap Chinese imports in Russian stores,” said InfraNews agency CEO Alexei Bezborodov

According to the Russian Audit Chamber’s estimates, Russia lost some $158 million to the reduction of customs duties in the first quarter of 2010. In order to attract Belarus’s recalcitrant President Alexander Lukashenko to the SES, Moscow has agreed to unprecedented concessions, such as supplying oil to Belarus without levying a duty in exchange for Minsk’s revenues from export duties on oil products. Experts believe the elimination of the duties will cost the Russian budget around $2 billion a year.

Nazarbaev said that at the beginning of the process, Russia stands to lose more than the other Customs Union members from the introduction of single customs duties. However, those tactical losses will be made up for by an increase in trade within the union. The Customs Union member states have long-standing business and production ties to one another. Their economies complement each other. Researchers with the Institute of the National Economy Forecasting of the Russian Academy of Sciences have calculated that restoring cooperation and a common economic space would increase the rate of economic growth within the Customs Union by a factor of 1.5–2. Household incomes in Kazakhstan, Russia, and Belarus are set to grow by 40 percent once the Single Economic Space is up and running.

The “Customs Troika” signed a declaration in early December, in which they announced what in fact amounts to a new stage of deeper integration, this time around an SES format. “The establishment of the Customs Union is the second stage of the integration process. The first is a free trade area. The third is a common market, a common economic space, to be followed by an economic union according to the European model, but without losing sovereignty,” Nursultan Nazarbaev told the summit. The Single Economic Space of Russia, Kazakhstan, and Belarus will become operational effective Jan. 1, 2012. This opens up new opportunities, including free movement of capital, services, and ideas, as well as a single economic policy.

However, the establishment of the SES is not the destination point in and of itself. “By developing the Single Economic Space, we are moving toward the establishment of the Eurasian Economic Union,” a summit document declared. According to Russian President Dmitry Medvedev, who spoke at the closing press conference, “an action plan for the next few years is in essence being laid out today.” “Our new Union and the SES… will be open for membership by other countries,” the Russian leader said. “This means we are reaching out with a hand of cooperation to our closest neighbors, to our friends, thereby creating conditions for economic modernization and improvement in people’s lives.” The Russian president must have had in mind Ukraine and other CIS countries. But the Belarus President Alexander Lukashenko went even further: “If the European Union or any EU member state wants to join our Union, we will at least look into their application.”

European Union standards have been evident in the emerging technical regulations and rules of the Customs Union and the SES right from the start. Experts believe that this will lead to the establishment of an EU-associated free trade area in a portion of the CIS territory by as soon as 2015–2020. “The Single Economic Space will operate under the rules identical to those of the WTO, therefore its establishment will only have a positive impact on the cooperation between Russia and the European Union,” Russian Prime Minister Vladimir Putin told a press conference following his talks with German Chancellor Angela Merkel.

If all these plans are implemented, a new geo-economic center of power will emerge in the middle of Eurasia, in between the EU and China. This economic project is being carried out on a sound and pragmatic basis. The Eurasian Economic Community (EurAsEC) is rapidly getting on its feet and is viewed by most economic players as an important trading partner, according to Russian President Dmitry Medvedev. This means that on Dec. 9, the leaders of Kazakhstan, Russia, and Belarus made, if not a breakthrough, then a very important step towards a common dream – the establishment of a real integrated economic space in the midst of what used to be the Soviet Union.