A happy New Year for the boys in the bonus bonanza 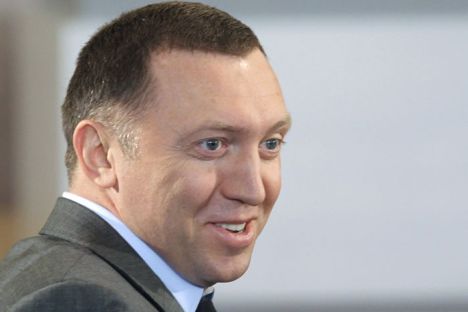 Mr Deripaska is laughing all the way to the bankSource: RIA Novosti

It’s bonus time for many US and European executives. In Russia, they’re paid in March or April, the fiscal year end. But it can be worth the wait.

Research shows that Russian bonuses are outpacing those in Western countries. After reviewing more than half of Europe’s top 500 companies by market capitalisation, Hay Group, a global management and consulting firm, discovered that executive compensation packages rose by a median 6pc in 2010, whereas the total cash increase to Russian executives was 19pc.

“Commodity companies, such as oil and natural gas and metals, naturally pay the highest bonuses, followed by banks and large financial institutions,” said Yuri Virovets, president of HeadHunter, an employment website. “Real estate developers and major retail chains come next, while transport and IT companies round out the list.”

The latest financial crisis has demonstrated that a company’s financial performance is not always the only deciding factor for the bonus. “Our bonus programme is directly linked not only to budget priorities,” said Marina Storozhenko, HR director of the Pronto-Moskva media holding company, “but it also affords an opportunity to be rewarded for one’s personal contribution towards achieving certain priority business goals set by each structural division of our company.”

Financial performance is an important factor when awarding bonuses. At times, however, they are a tool to retain a highly valued specialist, or are evidence of management’s attitude towards a certain employee. A HeadHunter study shows that a fifth of the 6,000 people they polled believe companies they work for pay bonuses “for nothing”. Mr Virovets, however, believes that this trend will change.

Sberbank, Russia’s largest bank, has become a pioneer among Russian corporations by linking employee salaries to performance. The bank had already introduced incentives programmes for chief executives: in March of this year, executive compensation was linked to the bank’s key performance indicators. Russian senior executives will receive a new portion of their bonuses in four to five months’ time.

Maksim Lobada, an analyst with Investcafe, said: “I believe bonuses will rise compared to 2009 if only because markets have been recovering this year, and many companies dramatically improved their performance.”

“This is a reflection of what has been happening to annual bonuses over the past three years,” said Mr Virovets. “Only rank-and-file employees, mostly in state-owned companies, got them in 2008. Private-sector managers – and far from all of them – saw their bonuses return only at the end of 2009.” He expects that 80–90pc of managers will be paid bonuses for 2010 from among those who received them in 2007.

Some Russian companies, however, prefer to turn to the so-called 13th salary – an annual bonus copycat, whereby an extra month’s salary is paid, most often to regular employees, at the end of December.