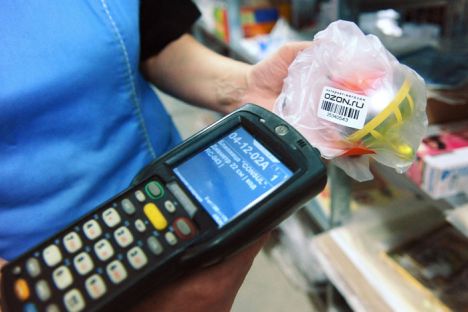 Ozon.ru has struck a balance between fast orders and cheap delivery across RussiaSource: Itar-Tass

As cash-strapped consumers increasingly take their custom online, Ozon rises to the task of delivering across the world’s largest country.

Twelve years ago, a group of science fiction enthusiasts in St Petersburg decided there was nowhere to buy their favourite books. So they set up Ozon.ru, which over the following decade went from selling sci-fi novels to everything from DVDs to cutlery, becoming Russia’s answer to US online giant, Amazon.

The secret of Ozon’s success offers valuable lessons to entrepreneurs in brick-and-mortar companies who are hoping to tap the country’s growing consumer market. “Because Russia is so big, the delivery challenges are extremely complex,” says Ozon CEO Bernard Lukey.

Despite the financial crisis, Ozon’s orders grew by 21pc in 2009 as increasing numbers of Russian shoppers decided to shun the country’s glittering malls and search for bargains from the comfort of their homes. Russia’s biggest markets remain in its two largest cities, Moscow and St Petersburg, but demand in Russia’s regions has exploded, with Ozon’s business there surging 200pc in 2009.

About one-third of Russia’s increasingly wealthy 143 million consumers are online and that number is getting bigger. Russia’s internet market is growing at a double-digit clip, with numbers of users in spring this year up 23pc on 2009, according to Russia’s Public Opinion Foundation.

Ozon is one of a growing network of Russian internet businesses that have proved it is possible to run a successful company in a country with a reputation for being tough on entrepreneurs.

Unlike oil, gas and many other formerly state-owned sectors, the online businesses which have sprung up over the last 10 years have been able to set their own rules for doing business, free from the corruption and vested interests that have dogged players in other sectors.

So far, around 37pc of Russians have internet access, many at their place of work rather than home, but a disproportionate number of people online live in Moscow or St Petersburg, with more than 70pc online in the former and only slightly less in the latter.

However, Ozon’s numbers show that internet penetration in Russian second-tier cities and rural areas is likely to be the next frontier for growth, and Ozon should be well placed to capture regional demand for the latest products. Mr Lukey expects internet shopping to rise sharply in the regions as broadband becomes more available. “It will be a very big market and it is growing all the time,” he remarked.

The company has continued to blossom by surmounting delivery challenges to reach customers across Russia’s vast land mass. “When people order online, because the ordering process is quick they also expect their goods to arrive very quickly,” says Mr Lukey.

In order to offer speedy service, Ozon has had to pioneer a variety of different delivery options, including setting up its own courier service, O-courier, so that orders can reach customers in major cities at much lower cost than using other carriers. “The price of a book doesn’t justify paying for a private courier, but customers still want their orders swiftly,” Mr Lukey adds.

Collecting payments is a further challenge. Few Russians have credit cards, and those who do are wary of using them online, fearing cyber crime. Door-to-door cash collections do not work for all consumers because of distrust of strangers. Meanwhile, the antiquated postal service admits it cannot handle the surging number of parcels dispatched by web retailers.

The company has a sizeable market in the second-tier city of Tver, where its warehousing operation is situated, and is now focusing on building up its business in the Pacific port city of Vladivostock, not far from Russia’s border with China and North Korea, to test the reach of its logistics.

Regional consumers are coming of age. And over the coming year, Russia’s regions will be the place to watch.