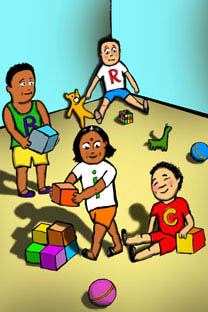 Emerging markets are hot and none is sexier than China.

Emerging markets are hot and none is sexier than China. But as the roiling problems in Western Europe unfold a hunt has started for the “best” emerging market to invest into, and China has been getting a free ride while Russia pays double fare.

The answer to “which is best?” is not so easy to identify. From a cursory glance at the dozens of fast growing economies in the new world, China stands out because of its size and 10pc-plus growth. But few commentators go beyond this comparison of size. China’s popularity is really little more than the revival of the Edwardian dream that to put a shirt made in Sheffield on the back of every Chinaman would keep the British mills spinning for a century. It didn’t work then and it probably won’t work now as commentators are happily ignoring the fact that barriers to doing business in China are legion. India is the same size and growing almost as fast but doesn’t have the Sino-sparkle because such a large percentage of its population is so obviously poor and the business obstacles there worse. On the other hand, Russia has the richest population of any emerging market, the lowest poverty rates, one of the most open economies of the big four, but barely gets a mention.

China is having to work a bit harder these days as the press puts forward a dizzying array of options in this beauty parade of economic rookies. The four Bric countries remains the “It girls”, but names such as Indonesia, Korea, Poland, South Africa and Turkey are all increasingly bandied about as possible alternatives or additions to the Bric club. Bric becomes Bic, Brick, Briic, Bricksa, Tbricksa… an alphabet soup of worthy markets to invest into. However, while no one can agree on which market is the best, the one thing nearly all agree on is that Russia is probably the least attractive of the bunch.

“Take the R out of Bric” comments continue to appear and the few opeds that have suggested investing in Russia is a good idea focus on the fact that Russian assets are currently the cheapest in the world and that is all.

Does Russia really deserve this caning?

Any serious survey of Russia’s economy quickly shows it is one of the healthiest in the world in terms of its macro fundamentals, but while the minutiae of American and European economic data is reported on daily, Russia’s robust economic health is discarded.

Russia gets slated regularly in the international press – one paper ran a “Russia is a virtual mafia state” front-page story in December – for its corruption.

But corruption is endemic in all the emerging markets. Business is hard in all these markets and companies pay bribes on a daily basis because they have to if they want to work.

Russia also gets rubbished for its “authoritarian government”. Russia is a democracy with real elections and real campaigning. The trouble is it is an immature democracy that doesn’t work very well. China, on the other hand, doesn’t even pretend to be democracy. It is an out-and-out one-party dictatorship, an oligarchy, with all the nasty things that come with that such as summary executions, media control and a total intolerance of opposition politics.

Most of Russia’s abuses of human rights, media freedoms and political opposition pale beside China’s, but that hasn’t stopped foreign investors clambering over each other to invest in China.

Why does Russia get so little credit and China get so much? Clearly the answer is complicated.

First there is the lingering Cold War legacy. Second, Russia is essentially a European culture so it is expected to have a European value system, whereas China is far away and Asian so people expect it to be “different”.

Every time Prime Minister Vladimir Putin mentions the word democracy some British liberal newspapers have fits. But is it fair to expect a country in the middle of one of the greatest political transitions in history to adopt a full-blown democracy overnight? No one cares. Is it right to ignore China’s failure to do anything on this front? No one cares – at least not while they are making money.

The Kremlin has also done itself no favours by doing so little PR. Journalists are left to write what they like, however outrageous, without rebuttal.

By contrast, China has been extremely savvy in wooing the West, spending billions on the Olympics and the trade fair in Shanghai.

It has successfully created the illusion of a wunderkind of the emerging world while it continues to persecute Tibetans and Uighurs with impunity, to mention one issue.

Finally Russia’s poor image is due to ignorance. The endless negative press has created a barrier that many are unwilling to look over. Warren Buffett, probably the most famous investor in the world, says he won’t even look at Russia, and Jim Rogers, a slightly less famous titan of the banking world, says the same thing.

Winning the right to host the World Cup in 2018 was a good start, but the Kremlin needs to do a whole lot more.

Ben Aris is the editor of Business New Europe magazine.