They have their own Santa-Banta jokes 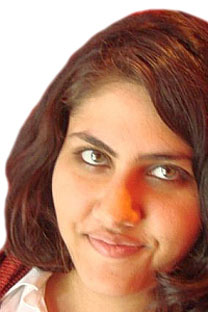 'Russian language – with its word-plays and fluid syntaxes – is a major precursor of Russian humour. As I got better with my language, things started to make more sense.'

Humour can be frustrating. As ironic as that might sound, it’s true. When I first arrived in Russia, it completely escaped me. Because the Russian language – with its word-plays and fluid syntaxes – is a major precursor of Russian humour. As I got better with my language, things started to make more sense.

It was my search for this moment that led me to discover that unlike Indian humour, Russian humour draws heavily on the country’s political history. Though during Soviet times political leaders were left largely “untouched” (perhaps only in public), today many provide unimaginable fodder to tickle the Russians. There are many jokes like “A man ran through the streets of Moscow shouting: 'Krushchev is a swine!' He was seized and given 21 years punishment: 1 year for defamation, and 20 for leaking state secrets.” My personal favourite illustrates how the Soviet media was often forced to paint a rosy picture even when the defeats were insignificant. The anecdote goes - Nixon and Brehznev (Soviet leader 1964-82) run a race around the Kremlin. It's the height of the Cold War and Nixon wins. A Soviet journalist asks, "How do we report that?" The Kremlin official answers, "Say General Secretary Leonid Brezhnev took the honourable second place." And Nixon? "Say that he only managed the second to last position."

But Russian jokes are certainly not limited to politics or political leaders. Many draw inspiration from diversity of the Russian and former Soviet populations. Just like Indian humour is packed with Santa-Banta jokes and Indians can spend all day mimicking accents from other states, the Russians indulge in jokes about the Ukrainians, Tajiks and Uzbeks. While such humour is often soft(er), sometimes it comes in the form of the unibrowed Ravshan - a construction worker from Central Asia working in Moscow – in the popular TV series, Nasha Rasha (Our Russia). Ravshan speaks bad Russian and always gets things wrong for which his boss scolds him and calls him an idiot. But when the boss is not around, he and his friend, Jumshud, engage in deep philosophical conversations translated to Russian using subtitles.

Russians are also infinitely more serious about their humour than Indians. While there have been shows like Comedy Circus, nothing comes close to Russia’s university teams and comedy leagues participating in KVN (Club of the Merry and Witty). As for Russia, perhaps it’s time they got their own Rajnikant. After all, nothing makes my stomach hurt like “Rajnikant gave Sheila her jawani.”