All in favor of a New START 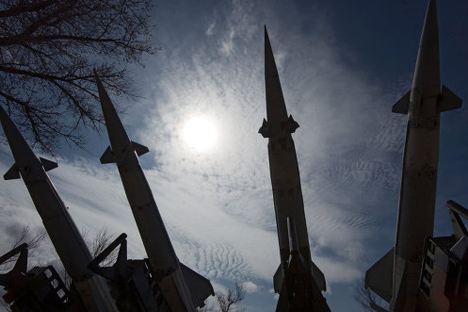 With the U.S. Senate ratification of the New START treaty, Russia can take steps to modernize its weapons systems and finally view the United States as a true strategic partner.

At the end of December, just before leaving for holiday recess, the United States Senate voted 71-26 in favor of the New START treaty on the further reduction and limitation of strategic nuclear weapons between the U.S. and Russia. U.S. President Barack Obama and Russian President Dmitry Medvedev signed the treaty on April 8, 2010 in Prague. Although the treaty still must be approved by the Russian Duma and Federation Council, it is possible to say with some certainty that the treaty will enter into force in the first half of the coming year.

What does the ratification in Washington mean for Russia and its armed forces? New START does not really demand from Russia any serious reduction of its nuclear missiles. On the contrary, the treaty gives Russia the space to increase its weapons levels to the amount allowed: no more than 800 deployed missile launchers plus 100 on arsenal and no more than 1,550 strategic nuclear weapons deployed by each country. START-1, which entered in force on Dec. 5, 1994 and expired Dec. 5, 2009, allowed each country 1,600 missile launchers and 6,000 nuclear weapons. New START cuts the allowances for missile launchers in half and reduces the number of nuclear weapons allowed to a fourth of their previous size.

According to official data in December 2010, Russia has 611 missile launchers and 2,769 warheads. Among these are 375 missiles with 1,259 nuclear warheads in the strategic missile force and 12 weapon carriers with ballistic missiles (including 576 nuclear warheads) in the navy. There are also 76 heavy bombardment aircraft armed with 844 long-range cruise missiles with nuclear warheads. Given the fact that almost half of this number will age into retirement over the next several years—particularly in the category of ground-based missile launchers—it is clear that New START will stimulate the Russian armed forces to upgrade their strategic weaponry. Removing the heavy R-36 Voedvoda and SS-18 Satan missiles from circulation automatically brings Russia near compliance with the new treaty requirements.

The most significant thing about the New START treaty is that it gives the United States and Russia the chance to finally be real partners, not only ones that say they trust each other, but ones that actually do. This confidence will be confirmed by regular surveys of weapons operations and more transparency, as required by the treaty.

In terms of Russian national defense, the missile defense systems that the United States is going to place in Europe do not threaten Russian strategic missiles. These systems are intended to confront medium-range and short-range ballistic missiles, and neither Moscow nor Washington have these weapons; they were destroyed in 1987 according to the treaty on the elimination of intermediate-range and shorter-range missiles. If there does appear a threat to Russia, under the terms of New START, the country is allowed to withdraw from the treaty and take measures for defense.

But for the moment, we can welcome the ratification of this treaty as a victory for common sense and a small movement towards a safer world.