Abuse of freedom is dangerous 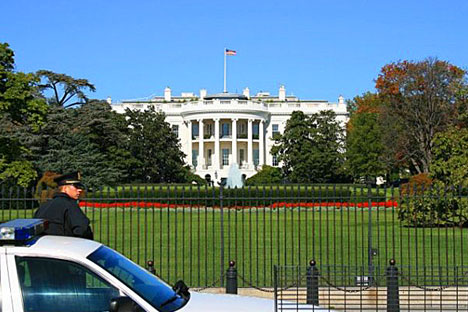 A question I asked at a White House briefing recently has led to a number of personal attacks on me in the American media, including one in the Washington Post. In the name of the very rights and freedoms my critics claim to defend, I am asking for a chance to respond.

Tragedies such as the one in Arizona where a young man shot Rep. Gabrielle Giffords and killed six other people in a shooting spree this month happen far too often in the United States to be explained away as isolated and totally unrelated incidents. I feel they are a terrible price the Americans pay for the freedoms (more exactly, the abuse of the freedoms) that they enjoy. That was the premise of my question.

The right to buy and bear arms is the most obvious example of a freedom that can easily be abused. Even my most liberal Russian friends don’t argue with that.  But, as one of them wrote to me, other “more fundamental” freedoms such as the freedom of speech have nothing to do with the case.

If that is so why was America’s first reaction to the Arizona killings a soul-searching debate on the limits of political rhetoric?

Why did County Sheriff Clarence W. Dupnik, who is overseeing the investigation point to the "atmosphere of hatred and bigotry" in the national political discourse that in his view may have influenced the attacker? “That may be free speech, he said, but it’s not without consequences.”

Why did President Obama himself deplore the ”sharp polarization” of the discourse and urge his countrymen to talk with each other “in a way that heals, not in a way that wounds”?

The President gave great advice. What prevents many Americans from taking it? To me as an outside observer, one answer seems to be psychological.

Americans have a proud tradition of individualism. It’s a core value here; there is almost a “cult of personality” of the personal rights and freedoms of every U.S. citizen. Mostly it serves the nation well. But it can also be abused. The sense of entitlement it creates (“My way or the highway”, “I want what I want and I want it now”) is a negative value that can turn truly dangerous in a deranged mind.

Another answer is cultural. Many American movies and television shows including children’s cartoons are very violent. I suppose they are protected by creative and commercial rights and freedoms, too.

My nine-year-old son does not see a connection between violence on screen and in real life, even though he and his classmates were deeply disturbed by the news of someone shooting a girl their age.  I am somewhat older than nine, and I suspect the correlation exists.

Some people say that I belong in a totalitarian society with my views. This argument actually helps me to illustrate my original point. Imagine what would happen if rights and freedoms in the U.S. were suddenly severely restricted.  There would probably be much less shooting in the street.  But the government of the people and by the people chooses not to impose such restrictions. Freedoms continue. So do tragedies. It’s a matter of political choice.

People have debated this choice, this delicate balance between security and freedom, for ages. Every nation in the world faces it, and the U.S. is no exception. After Arizona, even the ACLU admitted in a memo: “The First Amendment to the Constitution is not a barrier to effective law enforcement action.

This looks like a very basic and even self-evident admission. Yet the memo shows how hard it was for the ACLU to make it. Americans often seem to be almost hard-wired to choose freedom over anything else.

Look at what an American blogger had to say about my original question: “Um, yeah, it *is* the price we pay for our freedoms. And it says a lot about our country that our freedoms mean so much to us that we're willing to make certain things harder for ourselves in order to ensure it.”

Exactly. And I’m not criticizing this attitude. I actually admire it. But I think the trade-off between security and freedom needs to be explicitly acknowledged. I know that some people were offended by the timing and phrasing of my question. I am deeply sorry for that. But for the last couple of years it has been very hard for foreign journalists like myself to be recognized for questions at White House briefings. We have to take the few chances we get and we phrase our queries as best we can.

Frankly, the indignant reaction of some of the American media to the exchange in the briefing room (some of them even said it was a throwback to the Cold War) came as a surprise to me. It looks like a double standard: American journalists in Moscow who ask pointed questions of Russian officials are heroes and defenders of democracy and human rights, but a Russian journalist who raises a sensitive domestic issue in America is somehow a warmonger who deliberately insults the U.S., supposedly for ideological reasons.

Stereotypes like this were themselves characteristic of the Cold War. I guess old habits die hard. For my part, I admire and respect the American people and have very many friends in the U.S. The Americans have created a very good (though far from perfect) life for themselves – in a large part by keeping a constant watch on those who are elected to build up their democracy.

Questioning authorities is an important function of the press. I am trying to do my job raising subjects that I feel are important. But I ask questions to get answers, not to start an argument. I always accurately report on those answers. And I obviously never presume to tell the Americans how they should run their own affairs.

Finally, my prayers are with the victims of the tragedy in Arizona. I know some of my colleagues question even the sincerity of my condolences. But I offer them from the heart.

I wish those who are wounded a full and speedy recovery. I hope that the emotional wounds will also heal.

I hope America can find a way to prevent such tragedies in the future, without sacrificing its liberties.