Medvedev congratulates KAMAZ-Master with victory at the Dakar-2011 tournament 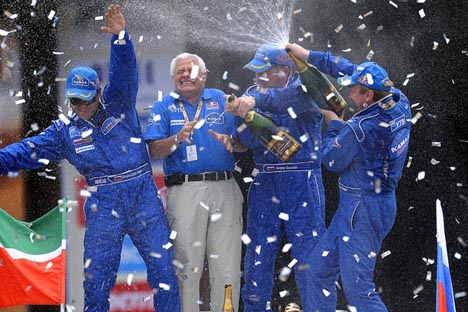 «I congratulate the Russian KAMAZ-master team and Vladimir Chagin for their brilliant victory at the Dakar rally. Well done!», - Medvedev posted on his Twitter account.