The education of Kathleen Parker 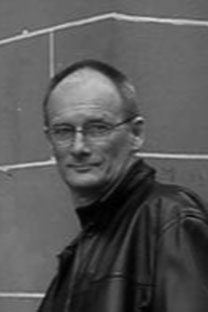 I feel sorry for Kathleen Parker of the Washington Post. As an American media person, she grew up and matured with two basic assumptions in mind:

1. It 's a sacred duty of every U.S. journalist to lecture the rest of the world on freedom, liberties, democracy and the superiority of American "values."

2. No damned foreigner, much less a freaking foreign journalist, can doubt or, worse, question any of the above.

Ms. Parker's cozy world was violently shattered last Thursday by a "bracing... annoying, laughable and obnoxious" Andrei Sitov, a journalist representing Russia's ITAR-TASS news agency (a "state-run" as an ever attentive to detail Parker hastened to add). During a routine media briefing at the White House, Sitov created what Parker has described as a "Cold War-ish moment." What happened? Well, Sitov dared to challenge the White House press secretary Robert Gibbs' account of the Tuscon shooting which the latter characterized as "the deranged actions of a madman."

Parker was outraged with Sitov. She first called his inquiry "ill-timed" on the ground that exactly at the same time, a funeral procedure for one of the victims of the shooting was taking place in Tuscon. (This is a strange accusation: the timing of the media brief was chosen by the White House press office, not by Sitov). She then proceeded with lecturing Sitov on the perils of being a journalist in Russia "where journalists and bloggers are frequently maimed or killed for speaking up." (Here, Parker demonstrated some peculiar logic. She refused to speculate on the motives of the Tuscon shooter because an investigation of his actions was still going on. Yet, despite the fact that the investigation of the Oleg Kashin case, which Parker refers to when trying to shut up Sitov, is also still going on, and no suspects have so far been identified, Parker already knows that Kashin has been attacked for criticizing "a local governor."  What a divine perceptive mind is this of Parker's!) Parker concluded her sermon with pointing out dryly that Sitov certainly feels safe living in Washington, DC. (Well, as everyone knows, there are places in the national capital which Sitov, and Parker, for that matter, would never visit.)

I perfectly understand why Parker suddenly forgot about the freedom of expression she's been so fond of until last Thursday and went on assaulting Sitov: the Russian did hit a nerve.  What Parker, Gibbs and Gibbs' boss, President Obama, are trying to do by talking about a "deranged mind" as the reason for the Tuscon shooting, is a desperate attempt to apply heavy make-up on the face of an American democracy carrying a huge black eye.  One doesn't have to be a political scientist to understand that democracy is a two-way channel of communication between citizens and the state.  Democracy doesn't work when the state sends police with clubs to disperse protesting citizens (of which Parker & Co. are never shy of pointing out).  Yet democracy doesn't work, either, when citizens begin shooting their elected state representatives.  Sure, there are plenty of "deranged minds" in this country, as mounting cases of mass shootings keep reminding us.  But "deranged minds" usually choose different targets: high schools, colleges, churches, and offices.  But when someone shoots a Congresswoman at work, it's something else.  An act of a "deranged mind"?  Give me a break!  It's a political murder, and it's happening in the United States of America.

When it comes to violent crime in Russia, including politically motivated, the U.S. media never hesitates to quickly distribute the blame.  Parker's fellowPost columnist Charles Krauthammer, for example, routinely blames Russia's Prime Minister Putin for every murder committed around the globe. Others are more sophisticated: they prefer talking about the "atmosphere of violence" that the Russian leadership has supposedly created. Perhaps. But then, there is every reason to ask the following question: who's responsible for the "atmosphere of violence" that had allowed the Columbine High and Virginia Tech massacres to take place?  President Clinton? President Bush? Who's responsible for the increasingly militant ("Don't retreat, reload!") undertone of the U.S. political dialog? President Obama? Congressional Republicans? Conservative talk shows? Ultraliberal nuts? Former half-governor of Alaska (or was she governor of Wasilla?) Sarah Palin? Who? The "deranged mind" of Jared Lee Loughner?

The sooner we as a nation answer this question, the better. Castigating Andrei Sitov is a poor substitute for the job.

I applaud Mr. Sitov for asking "inconvenient" questions and encourage him to continue (if, of course, he keeps his White House accreditation). There is no shortage of probing questions about American "values": Guantanamo, Abu Ghraib, CIA secret prisons, extrajudicial killings of U.S. citizens -- to name just a few "sexy" topics.  Unfortunately, Mr. Sitov's friend, Robert Gibbs, will soon be gone.  But there will be others following the "bracing, annoying, laughable and obnoxious" Russian. Count Kathleen Parker among them.