From Arctic to Asia, oil & gas head up and east 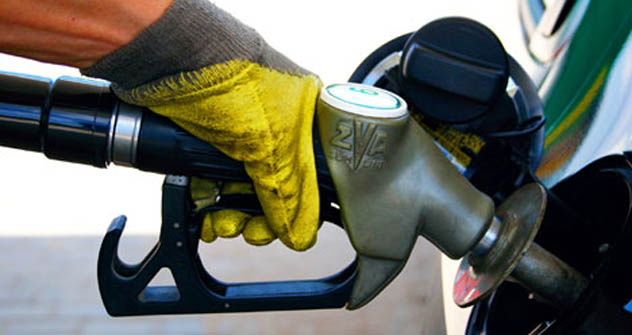 Someone peeping through a second floor window of the large office on the embankment opposite the Kremlin on a cold evening in December would have been puzzled by a group of people excitedly huddled around something very small.

The offices were those of Rosneft, the country’s largest oil company, and the small something was actually a somebody — Eduard Khudainatov, the company's jocular new president. He was outlining his vision for the company and his assessment of 2010 — the year in which oil extraction in Russia reached a post-Soviet record high — to a crowd of journalists and industry analysts.

Among many topics touched upon, Khudainatov, a graduate of Russia's orphanage system, laid particular emphasis on Rosneft's goal to become a global producer on all continents.

On Friday he proved as good as his word with the announcement of the biggest deal in Rosneft's corporate history tying the company to international oil giant BP.

Rosneft is not alone in its overseas ambitions, however. Last year saw TNK-BP's acquisition of assets worth $1.8 billion in Venezuela and Vietnam while LUKoil said in September that it sees more potential petroleum in West Africa than in West Siberia.

“The oil industry is ready to expand abroad,” said Lev Snykov, an analyst at VTB Capital, “and this will be a trend of the coming year.”

The forces driving oil and gas companies away from Russia, which has one of the world's biggest reserves of energy, may be opaque to some observers, but the push for geographic diversity is being spurred by high domestic tax levels and uncertainty over future burdens.

Analysts contacted by The Moscow Times highlighted anticipated clarity regarding the tax regime as the 2011 development likely to have the most significant long-term implications.

“From the standpoint of investors, the only question is taxation,” said Constantine Cherepanov, an analyst at UBS. Russian production is being kept afloat by big greenfields — like Rosneft's Vankor — brought on line less than 10 years ago, he added, but when these begin to run dry in the coming three to five years the country could face production decline.

Many companies control reserves that are on the verge of profitability, but are holding off investment decisions in the face of the state's unclear taxation plans. The head of Surgutneftegaz, Vladimir Bogdanov, said in late December that the company “could achieve growth by enhanced recovery, which would not be profitable with today's tax burden.”

Last week's Rosneft-BP deal, which will see the companies work together to exploit large untapped reserves on Russia's Arctic shelf, was accompanied by a promise from Prime Minister Vladimir Putin that the government will create a “very favorable tax regime for the realization of the project.”

No major milestones or significant overhauls of the taxation system are forecast, but the industry expects some tweaking as the year progresses. Balancing between the prospect of higher taxes inflicting damage and lower taxes being an impossibility because of budgetary pressures, the government may consider redistributing the burden within the sector.

It is likely that some of the weight of taxation, Cherepanov said, will be shifted from exploration and production to "downstream" facilities. The first new refinery built since the fall of the Soviet Union was completed by Tatneft in Tatarstan in 2010, and will begin sales early this year.

Taxation is not, however, the only issue to watch. Kick-started by the marriage of BP and Rosneft, other key questions to be resolved in 2011 include potential partnerships.

The decision of who will join Bashneft in its exploitation of the huge Trebs and Titov field is particularly significant. Many consider LUKoil the most likely contender.

The largest independent gas company, Novatek, is also likely to seek a partner this year, possibly a foreign one, to assist with extraction work on the Yamal Peninsula.

For the gas industry, a defining moment will take place in the second half of the year when gas supplies start to flow through the first line of the Nord Stream pipeline connecting Russia directly with Germany via the Baltic Sea, as the $10 billion project approaches completion.

Though Rosneft and BP may have taken the lead, further big decisions loom for the country's energy strategy in the mineral-rich but largely unexploited Arctic region. Attention is particularly focused on the enormous Shtokman gas field in the Barents Sea — operated by Gazprom, Total and Statoil — which last year had its start date for gas deliveries delayed to 2016.

“Will Russia produce LNG in the Arctic within the framework of this project, which has been complicated by the state of the American market?” said Maria Kutuzova, editor of Russia's Oil. “That remains an open question.”

Doubts have been expressed over the project's financial viability because of the fall in demand for LNG in the United States, which is increasingly turning to unconventional gas reserves, including shale gas.

The final investment decision on Shtokman, the first phase of which has an estimated price tag of $15 billion, will be taken in spring 2011.

After “Arctic” comes “Asia,” not just alphabetically, but also because it is likely to be another arena for significant oil and gas activity this year, as Russia looks to increase energy supplies to the East.

It was oil exports, however, that were ramped up first. Barely had Russians turned off their televisions after the president’s annual New Year’s Eve congratulations when at 00:30 on Jan. 1, crude oil began to flow to China through a new pipeline.

The Skovorodino-Daqing pipeline was built by Transneft and China National Petroleum Company and was christened by President Dmitry Medvedev and Chinese president Hu Jintao in September. It is an extension of the Eastern Siberia-Pacific Ocean pipeline — the construction of which by state-owned Transneft was the source of an alleged $4 billion theft. In January alone, 1.3 million tons are expected to flow through the pipe and across the border.

Moscow's increasing interest in the East is underwritten by predictions that Southeast Asia's energy deficit could grow sevenfold over that of Europe and the Americas during the next 20 years and that the area will provide 75 percent of world demand growth through 2030.

It is the price of gas supplies to China where a big decision is expected in 2011. According to calculations by Mikhail Korchemkin, director of East European Gas Analysis, Gazprom originally wanted the Chinese to pay three times the market price for gas.

Deputy Prime Minister Igor Sechin has said a reported $100 per thousand cubic meters gap in what Russia is offering and the Chinese are willing to pay will be closed, and an end to the tortuous half-decade negotiation process will be reached by the middle of the year.

The volume of the deal is already agreed. Gazprom will supply 30 billion cubic meters of gas annually to China for the next three decades, with deliveries scheduled to begin in 2015.

Finally, any roundup of the prospects of the natural resources sector must address predictions about the volatile price of crude oil — key for a government that receives 45 percent of its federal revenues from oil.

Analysts at JPMorgan and Goldman Sachs have said the oil price will continue to climb throughout 2011, reaching $120 sometime in 2012. The Economic Development Ministry is less bullish, predicting that the average price per barrel in 2011 will be $81.

Finance Minister Alexei Kudrin is more conservative still. "The price of oil cannot be projected accurately, especially for more than a year in conditions of unsustainable growth," he told Vedomosti in December.

He has said stable economic growth cannot occur without an oil price above $60 per barrel but, whatever his predictions, Kudrin would be delighted by an oil price over $100 a barrel, which would allow him to eradicate the budget deficit.

Not everyone, however, agrees that a high oil price is good for Russia in the long-term. “From the standpoint of the health and the quality of the economy,” said Cherepanov of UBS, “I would prefer to see the government trying to find solutions using fiscal instruments rather than relying on an increase in oil prices to solve all problems.”