The road to true Euro-Atlantic security 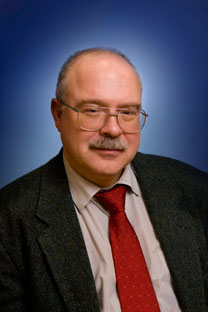 Much progress has been made in improving relations between Russia and its western partners, but significant work remains to be done.

The Euro-Atlantic area can become a zone of stable peace, at the moment, however, security in the region is not assured. The 2008 Russia-Georgia war should serve as a warning for the future. The issues that led to that war, and nearly resulted in a collision between Russia and the United States, are less acute today, but they are not resolved. Under a different set of circumstances, they can return, with dire consequences. Despite all the positive words about the U.S.-Russia reset and new partnership between Russia and the United States and NATO, there should be no room for complacency.

There are two sets of big ticket items that lie at the heart of Euro-Atlantic security. One is Russia’s uncertainty about the end goals of U.S. power. This, more than any atavistic imperial instincts, underlies Russia’s concerns about NATO’s eastern enlargement, U.S. missile defense, and U.S. policies in the former Soviet states. The other major concern is essentially a mirror image of the latter: Worries and suspicions felt by some Central and Eastern European countries with regards to the nature and ambitions of reconstituted Russian power.

To deal with the first set of issues, work must continue to transform the strategic relationship between the United States and the Russian Federation, which is still fundamentally based on Cold War-style deterrence through mutual assured destruction. Deterrence represents, in reality, institutionalized adversity. No amount of arms control can remove that adversity. The U.S. and Russia need to move from attenuating adversity through arms control, which is a product and reflection of that adversity, to transforming the very nature of their strategic relationship.

One way of doing this is through collaboration on missile defense. Should the U.S., NATO and Russia develop a realistic formula of cooperation/coordination/interaction in that field, they will start moving away, materially, from their Cold War strategic postures. If the momentum is sustained and strengthened, this can lead, over time, to a new – non-adversarial – quality of the U.S.-Russian and, by extension, NATO-Russia strategic relations.

The way to deal with the second set of issues is through achieving an historic reconciliation and rapprochement between the Russian Federation and some of its neighbors in Europe. Recently, a breakthrough has been achieved there between Russia and Poland. This needs to be expanded and deepened, following the model successfully used between Germany and France, Germany and Poland, or indeed between Russia and Germany. For a strong and peaceful relationship between the Russian Federation and the countries of the EU, Russian-Polish reconciliation and amity is a must.

Similarly, Russia’s relations with the Baltic states require a positive overhaul. The recent state visit to Moscow by the president of Latvia is a good omen. The task is to turn the perceived liabilities—geographical proximity, ethnic Russian presence—into assets for mutually satisfying relationships. As the Polish-Russian case demonstrates, efforts are required from both sides. Other countries in the Baltic Sea region can act as facilitators. Besides Poland and the Baltic countries, several other countries in Central and Eastern Europe would benefit from improved economic and political relations with the Russian Federation.

A transformed U.S./NATO-Russia strategic relationship and a reconciliation in Central and Eastern Europe are the two principal building blocks of what can become, over time, a Euro-Atlantic Security Community. To eschew military force and the threat of using it as policy instruments across the entire Euro-Atlantic area, it is necessary to find ways to put to rest a number of frozen conflicts in Moldova, the Caucasus, Cyprus and the Balkans. This will certainly be easier in the general context of non-adversity between the former Cold War foes, and of fully normalized relations between the former imperial hegemon and its erstwhile satellites. The road toward a community will be neither short nor easy, as it will have to cut through deep-seated layers of mistrust. However, the effort will be well worth it. The absence of a genuine community will mean that the risk of war, however diminished, is still present in the Euro-Atlantic.

Dmitri Trenin is Director of the Carnegie Moscow Center.