BRIC Back in Fashion at Davos 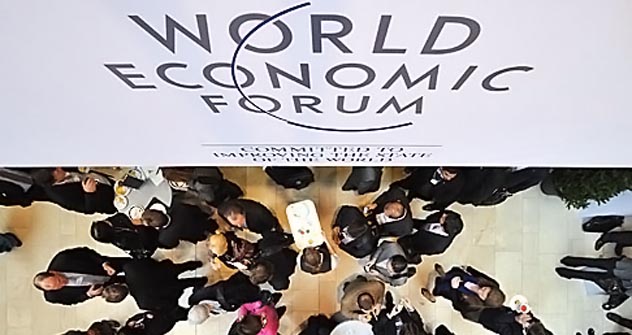 The balance of power among dealmakers is shifting, and this year’s World Economic Forum is proof: A record number of executives from emerging markets will attend the Alpine conference, a networking Mecca for the global business elite.

About 365 corporate executives from Brazil, Russia, India, China and other emerging nations are slated to gather in Davos, Switzerland, this week. Those countries helped lead the world out of a recession and will drive growth this year, according to the International Monetary Fund, which estimates that emerging markets may expand 6.5 percent in 2011, more than double the 2.5 percent rate for developed nations.

“It’s a reflection of where economic power and influence is starting to move,” said William Vereker, Nomura Holdings co-head of global investment banking, who is based in London.

Takeovers involving BRIC countries surged almost 80 percent last year and accounted for a record 22 percent of the $2.23 trillion of global deals, according to data compiled by Bloomberg. Acquirers from BRIC nations announced $402 billion of takeovers, up 74 percent from 2009 and more than quadruple five years earlier, the data show.

Dealmaking between BRIC nations and Western competitors will increase as countries such as China and India seek to secure natural resources to support their burgeoning economies, and while U.S. and European stalwarts such as Cisco Systems, Procter & Gamble, General Electric and Vivendi seek to tap those markets for growth.

Deals may get an additional boost as valuation gaps narrow between markets. China’s Shanghai Composite Index trades at 17.3 times earnings, the cheapest relative to the Standard & Poor’s 500 Index since November 2008, weekly data compiled by Bloomberg show. The Bombay Stock Exchange’s Sensitive Index in India is valued at 17.2 times, the least expensive since June 2010 relative to the S&P 500. Brazil’s Bovespa Index trades at 13.9 times earnings and Russia’s MICEX Index is valued at 9.5 times, lower than the S&P 500’s ratio of 15.6, the data show.

PepsiCo agreed in December to buy a controlling stake in Russia’s Wimm-Bill-Dann dairy and juice company for $3.8 billion. Including debt, PepsiCo is paying 1,980 percent of Wimm-Bill-Dann’s earnings before interest, taxes and depreciation and amortization in the past 12 months, double the median multiple for similar deals since 2001, according to Bloomberg data.

The number of takeovers of BRIC targets jumped 66 percent last year from 2005, with more than 4,150 announced acquisitions, Bloomberg data show. The fourth quarter of 2010 was a record for deals involving BRIC nations with $156.8 billion in takeovers.

“The most pressing topic will be the slowdown of the most developed countries versus the sustainable growth of the BRIC countries,” Gabrielli said.

The combined gross domestic product of the seven biggest developing economies will surpass that of the Group of Seven, the world’s largest industrialized markets, in 2032, according to a Jan. 7 PricewaterhouseCoopers report. China will overtake the United States as the world’s largest economy that year, the report said.

Companies in Brazil, Russia, India and China hold $240 million of cash on their balance sheet on average, up from $143 million at the end of 2007, the peak for M&A. That compared with $665 million for Western nations last year, Bloomberg data show.

China accounted for the most M&A volume in BRIC nations last year at $200 billion, up 33 percent from 2009, the data show. India was the fastest growing, with $72 billion of announced deals, more than triple a year earlier.

Emerging markets will play a major role in M&A in the next five to seven years, estimates Yury Spektorov, a partner at Bain & Co. in Moscow and a member of the firm’s M&A practice. That’s why conversations at Davos will be different this year.

“Before, the discussions focused on surviving the crisis, and now people are thinking about how they are going to develop and grow,” Spektorov said.