The snowdrop is me 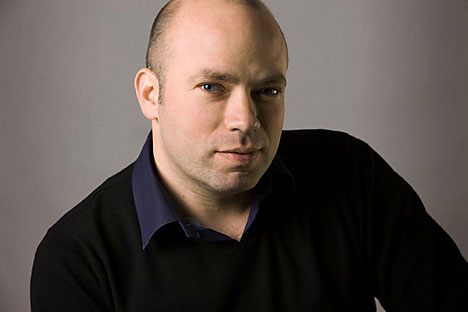 A snowdrop in Russia can be a flower, or something hidden but horrible, according to A.D. Miller. The author talks with RBTH about his first novel, Russia’s moral quandaries, and why so many foreigners want to write about them.

A.D. Miller, a former Moscow-based correspondent for the Economist, is receiving enthusiastic praise for his debut novel, “Snowdrops,” in his native England. Russia Beyond the Headlines’s Nora Fitzgerald caught up with Miller before the book’s U.S. release by Doubleday in February.

Miller’s edgy and dark thriller is original, but his fascination with Russia is not. He recently wrote about this trend in “The Observer”: “All lives are interesting, and one of the jobs of fiction is to prove it. Still, that task is easier if they are Russian – which helps to explain why, as well as spewing out renegade oligarchs and rogue spooks, Russia has recently inspired an abundance of novels.”

He is referring to authors writing in English, from Martin Cruz Smith's Arkady Renko mysteries, to Helen Dunmore's Leningrad books. Like these writers, and many others, Miller is attracted to the turbulence of the country, and uses it as a mirror to discuss not dead souls, but lost ones.

The plot of “Snowdrops” involves an elusive mix of haunted personalities—Nick, Masha, Katya and the elderly Tatiana—who get caught up in a brutal and exhausting property scheme. The expatriates arguably come off even worse than the Russian characters. The protagonist Nick is a kind of morally deteriorating Dorian Gray without the picture. Miller describes another recognizable type, the drifting, troubled, stayed-too-long-at-the-fair, frayed around the edges kind of expat, embodied by Nick’s friend, Steve Walsh. He’s a classic expat journalist, and every current and former hack who ever worked in Moscow knows a Steve. Miller said the Steve character is a composite, and no single foreign reporter. “But there is a little bit of all of us in Steve, including me,” Miller said.

It’s tough to empathize with most of the characters in the novel; they are a far cry from the warm personalities in Miller’s first book. “The Earl of Petticoat Lane” is a personal history of his family, Jews who emigrated from Eastern Europe.  It is not only a family portrait, but a distinctive and intimate history. The warmth of “The Earl” does not make it into “Snowdrops,” a hard-edged, fast and furious read.

RBTH: I am a big fan of your first non-fiction book. Congratulations on your stunning debut novel. So is the Russia you write about menacing?

A.D. Miller: I hope that at the beginning, it looks like a story about unscrupulous Russians and naïve expats, but I hope by the end it feels more complicated than that. The expats are actually at least as reprehensible as the Russians in the story. Of course it’s not an overly flattering portrait of Russia. But the point of the book is not designed at all as a contrast between amoral Russians and respectable Westerners.

RBTH: So it’s not a book about an amoral Russia… or is it?

A.D.M.: There are unscrupulous people… it is a highly criminalized society and corrupt society as Putin himself has repeatedly said. The protagonist in the book is a Western lawyer called Nick who becomes involved with various sort of nefarious schemes. He is not an unwitting dupe and he is fully cognizant of what is happening most of the time and yet he rationalizes his behavior to himself in a number of ways. One of them is the classic one in which people convince themselves they are innocent bystanders. He says himself near the end of the book that Masha, the other main character in the book, had a better excuse than him and maybe she did.

RBTH:  I am in love with the character Oleg Nikolaevich, I wanted to know more about him.  He seems to act like Nick’s Greek Chorus. But Nick never seems to hear what he is saying. Tell us about Oleg.

A.D.M.: You probably had this experience as well of meeting Russians of the older generation. They have this way of allowing you to feel incredibly fortunate and totally humbled by what they have been through in their lives. They have been through so much, [World War II], Stalinism…Oleg could have had a very beneficial affect on Nick if he had let him. Oleg tends to talk in short Russian proverbs, all of them real proverbs.

RBTH: Tell us about the name of your novel, and how it frames the story.

A.D.M.: In colloquial Russian, there is a name for a corpse in the snow. It is quite startling to discover there is a word for this and it says something about the waste and cruelty of life in Russia for some people. I thought it was also a metaphor for other things that don’t have anything to do with Russia, things that are very close by in your own past that you tend not to think about that can catch up with you. I think that Nick says at some point, “The snowdrop is me.”  There is a tendency of people to repress things they don’t want to think about.

RBTH: You have been very well received in the U.K. I think you have already been compared to Graham Greene.

A.D.M.: Yes I think it was “Graham Greene on steroids.”

Snowdrops is available in France (Flammarion) and United Kingdom (Atlantic Books), and will be available in the United States (Doubleday) and Canada (Harper Collins) this month.