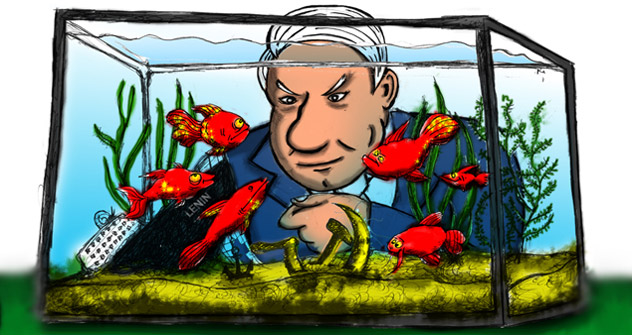 What can be made of Boris Yeltsin's legacy four years after his death, and 20 years after the fall of the Soviet Union?

2011 marks the twentieth anniversary of the end of the Soviet Union and of the Leninist state in Russia.  It is appropriate indeed to begin our recollections by marking the 80th birthday of Boris Nikolayevich Yeltsin, the most pivotal person of that momentous year two decades ago.

Our world is fortunate indeed that the collapse of the Soviet Union and its empire was presided over by two men of intelligence and moderation.  It might not have been so.  For all the opprobrium they have received at home, Boris Yeltsin and Mikhail Gorbachev will be remembered in the long view of history as positive albeit limited leaders.

Gorbachev and Yeltsin are linked in a Janus-like embrace, resent it as they might.  Allies in the early years of perestroika as each recognized and even admired the strengths of the other, they became bitter rivals who increasingly detested what each perceived as the faults of the other.  Each blamed the other for, in essence, going with the flow of history.

From his years as Communist Party boss in Sverdlovsk, Yeltsin understood the Soviet system from the inside as few others could.  Like many of his peers, however, it was not till he encountered the real world - the outside world - in person that he understood how much a failure his country had become.  During his first trip to America, Yeltsin was astonished at the contents of an average supermarket and that “workers” were allowed to shop there.  On his return, after describing these wonders to one of his closest advisors, Yeltisin blurted out, “Our system is shit!”  It was that recognition which led him to break with it.

At this remove, it is difficult to recognize the political and personal courage required of a member of the Politburo to break openly with the Party and set out on an independent political course.  By rights, Yeltsin should have disappeared.  Through charisma, brashness and good luck, he prevailed, first in Moscow and then as leader of the Russian Federation.  Yeltsin was extremely fortunate in his timing and in the character of those who fumbled the August 1991 putsch.  In such a moment, Yeltsin knew what to do.  In the aftermath, his experience and instincts were inadequate.

One almost had to be present to recall how immense was Yeltsin's charisma with a Russian crowd in those days.  The man could dominate a room just by walking in.  In one briefing with a prominent American television journalist, I compared Yeltsin's force-of-nature magnetism and masculinity with that of Lyndon Johnson.  She replied, “More.”

Yeltsin had great faith in youth and in talented people with “Western” concepts.  He was not a hands-on manager of reform, being more like an FDR trying one thing after another until something might work miracles.  Sadly, nothing did.

Yeltsin was always inspired by a crisis, but lacked follow-through and the stamina to bring reforms to fruition.  He was bored by the details of pluralist political life.  Even after he obtained a renewed popular mandate in the April 1993 referendum, Yeltsin could not use it effectively to produce constitutional reform.  He then resorted to illegal means in September to prorogue the legislature, leading to his violent but Pyrrhic victory on October 4.  The episode was a terrible setback for rule of law in a country which needed it badly.  That Yeltsin had lost touch with the economic needs and fears of average Russians was demonstrated clearly in the December 1993 elections, when Yeltsin's team was decisively beaten.  To his credit, Yeltsin accepted the electoral outcome, but never learned how to work with a non-compliant parliament.

Every important leader makes mistakes, but Yeltsin made two of surpassing stature which permanently blot his historical record.

Russia faced a genuine problem of public order in the northern Caucasus in 1994, but unleashing war against the Chechen people was a failure of judgment and of humanity redolent of Soviet leadership.  The carnage not only turned the region into a bloodbath, it eviscerated political reforms in Moscow and decisively turned much Western thinking against Russia.  Yeltsin always wanted his country to be accepted by the West as having triumphed over Communism.  He had told one associate that his two finest moments were August 1991 and his appearance before a joint session of the United States Congress.  The war against the Chechens became the perfect instrument of Russophobia in Europe and America, perfect because it was of Russian manufacture.

Yeltsin's second blunder was in standing for a second presidential term, when he (and everyone) must have understood he was in no condition to serve.  Sadly, Yeltsin was too easily convinced that only he could prevent a return to power by the Communists, a message urgently communicated from Washington.  This was nonsense.  There were ample alternatives to Yeltsin.  None of these men were ideal and most were little known in the West, but any of them could have won and would have done a better job than did Yeltsin, whose declining years in office alternated between failure and farce.  To those who recalled Yeltsin in his great years, the contrast was often literally painful.

How would Yeltsin at the end evaluate his own choice of successor?  He must have recognized that Putin represents the end of the post-Soviet transition and is emblematic of Russian leadership for years if not decades to come.  Did he feel he had no better choice, that he had misjudged, or simply that events had taken Russia back into familiar channels?

Given his mixed legacy, why should one look back with respect on the leadership of Boris Yeltsin?  Above all, because he was the antithesis of a Russian Slobodan Milosevic - thank God.  We are all the beneficiaries of Yeltsin's performance during the critical months of 1991-92.  In addition, we should remember Yeltsin for the vision he could not bring to fruition.  To an extraordinary extent, Yeltsin was a Russian leader unafraid of the Russian masses.  He believed that if, somehow, the Russian people could be empowered both politically and economically, all would be well.  How to achieve that, he had not a clue.

Aleksandr Yakovlev said of his mentor that Gorbachev was by nature a democrat but always afraid of democracy.  In contrast, Yeltsin was by nature not a democrat, but not afraid of democracy in his country.  He did not want to mobilize or harness or discipline or control his people, but to empower them.  He failed.  Yeltsin could not achieve his vision in part because the task was so immense and in part because so few even of the so-called democratic forces in Russia shared his trust in the people.  Indeed, one of Yeltsin's closest Kremlin aides was widely reported to describe the Russian people as “the manure of history.”

It is an axiom that all political careers ultimately end in failure.  Yeltsin's did, but how long may it be before Russia again produces a national leader who believes her people should be empowered rather than mobilized?

Wayne Merry was chief of the domestic political reporting section of the U.S. Embassy in Moscow in 1991-94.