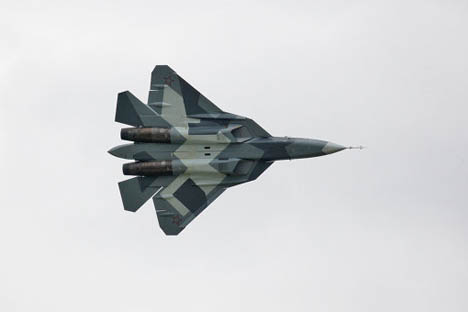 "A detailed design phase, including the cost of the project, is likely to cost more than $6 billion," Shivamurti said. "The work between us and them [India and Russia] will be distributed in a 35/65 proportion."

Russia has been developing its own fifth-generation fighter since the 1990s. The current prototype, known as the T-50, was designed by the Sukhoi design bureau and built at a plant in Komsomolsk-on-Amur in Russia's Far East.

Russian officials have already hailed the fighter as "a unique warplane" that combines the capabilities of an air superiority fighter and attack aircraft.

Russia is planning to use the jointly-developed 5G fighter as an export version of T-50, while India is expecting the new fighter aircraft to enter service with its air force by 2020.