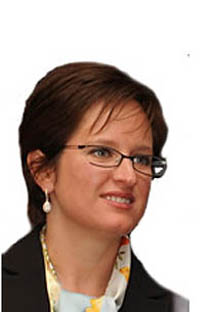 The important task is to define a strategy to end terrorism.

The bombing at the international airport at Domodedovo near Moscow on January 24, killing 36 and injuring over 150 people, is the latest reminder of Russia’s vulnerability to terrorist threats. Despite recent efforts to target the leaders of militant groups waging terrorist campaigns across Russia and President Dmitry Medvedev’s initiative to address the root causes of violence in the North Caucasus, the scale of the terrorist threat has not diminished.

Today, the cancer of insecurity has spread from the south to the very heart of Russia. Even more damaging than the acts of terrorism themselves is the widespread perception that Russia’s leaders have no clear strategy on dealing with the insurgency. Prime Minister Vladimir Putin promised that the second war in Chechnya would help restore security, but whatever positive effects came from it were soon superseded by the spread of violence beyond Chechnya. President Medvedev was correct to bring the Caucasus problems back onto the federal policy agenda and openly acknowledge that instability there poses a strategic challenge to Russia’s future development. Yet his measures – replacing some regional leaders and pledging more funds for economic programmes – have made so far little real difference. The important task for any government is to help define a strategy to end terrorism and accelerate that process.

Some tips for this strategy can be taken from Professor Audrey Cronin’s book. She anal yses 457 terrorist campaigns, explaining how they can be understood as a “triad” of interaction between three actors: the group, the government and the audience. Cronin identifies six patterns that have contributed to the ultimate demise of terrorist campaigns: capture or kill ing of a group’s leader (decapitation); entry of the group into a legitimate political process (negotiation); achievement of the group’s aims (success); group’s implosion or loss of public support (failure); its defeat and elimination through brute force (repression); and lastly, transition from terrorism into other forms of violence, such as crime or insurgency (reorientation). If we apply Cronin’s methodology, we can say that many of these approaches have been tried, but failed. Russia has tried repression and decapitation, which have given some results – the elimination of terrorist leader Shamil Basayev, for example, helped to stop the number of attacks in the short-term, but in the long-term, these measures led to the mutation of a more consolidated nationalist campaign with clear goals to a more dispersed movement. The fact that no one clearly understands the underlying objectives of the Domodedovo bombing – unlike, for example, the Beslan hostage taking – illustrates this trend. Now, it’s critical to address some pressing questions: Which constituency supports terrorism? How can their grievances be addressed by the state, civil society and public-private partnerships?

And finally, it’s important to help bring about the internal implosion of groups engaging in terror. It’s critical to understand the groups, to collect credible intelligence and to analyze their structures, which are much more akin to a mini Al-Qaeda than to the IRA or ETA, or even PKK. Also, it is important to analyse their recruitment techniques and find ways to prevent the future expansion of these groupings.

We know that a lot of young people join out of revenge or by succumbing to pressure and blackmail. There should be clear alternatives for these people to protect their dignity and that of their families. The results of this strategy are likely to be seen in one or two generations, not in one or two years. Moreover, its implementation is closely connected with other key political and economic reforms in Russia – enhancing the rule of law, fighting corruption and improving regional governance. Investment in economic development, improved education and promoting inter-ethnic integration through internal migration programs in the North Caucasus are also important as key enablers of this strategy. Finally, more effective work from law enforcement and security services in preventing actors of terrorism and managing its consequences are required.