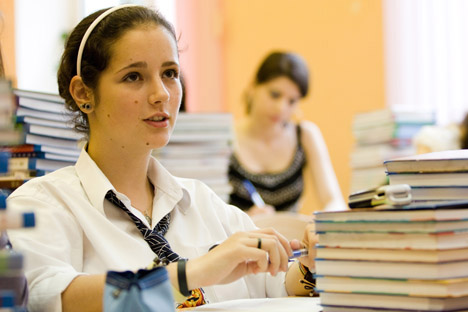 New Russian educational standards may remove the study of literature from the required high school curriculum.

Many years ago, when the outstanding Russian poet Yevgeny Yevtushenko said: “A poet in Russia is more than a poet,” he was in a way subtly applauding himself for the strong social message of his verse. But his observation was all the same very true because historically, due to a lack of inspiring public leaders in Russia, poets and writers had taken their place. For many years, citing chapters by heart from Pushkin’s Evgeny Onegin or Tvardovsky’s World War II epic Vasily Tyorkin; verses by Alexander Nekrasov or Alexander Bloc, had been the undisputed hallmark of a proper education and an integral part of cultural identity for all educated people, regardless of whether or not their profession had anything to do with literature.

Alas, this mark may soon be harder to notice. Back in 2008, the Russian Ministry of Education abolished literature as a subject for the compulsory high school graduation examination, saying it was too hard to formalize it for the recently introduced multiple-choice Unified State Examination. Today, Russia is widely debating revised standards for national education, under which literature will no longer be required for high school students. Why are education officials keen to downgrade the study of literature to an elective?

The authors of the proposal argue that young people have no time to read all those books, and many do not need to waste their time on Dostoyevsky anyway if they intend to specialize in chemistry or mathematics. Many of the tomes in the conventional reading list are too big and were apparently not written for nurturing engineering talent. Even Anton Chekhov’s more compact writing takes some time to digest. So young Russians clearly need help to focus on what really matters. Let them have the legitimate right to pass through their high school years without the hassle of having to read Tolstoy, Dostoyevsky, Chekhov or Gorky.

When I was in high school, the first signs of bibliophobia began to show in the form of book summaries that could aptly condense four formidable volumes of War and Peace into a manageable 15 pages, but at that time, students hid these study aids away and read furtively to avoid sneers and embarrassment. Ten years later, nobody bothers to hide their ignorance.  Cliff notes have become the norm, while those “wasting time” trying to read and understand the great works of classic literature are the odd ones out.

The proponents of new education standards have their arguments well prepared: How can a 16 or 17-year old discern any meanings of Tolstoy’s prose? Why force teenagers to do something they are not yet capable of? Let those young people grow up and mature first, and then, perhaps, they will feel the urge to read classics.

They won’t want to. With very few exceptions, people entering adulthood do not spend their limited time on something that in their childhood was not shown to them to be important, meaningful, valuable or prestigious. Childhood and adolescence are the times when a person is not yet molded to fit a particular specialization and follow a chosen path, cutting out everything that does not contribute to career development.

Today, Russian bureaucrats want to put young people on their career tracks as early as possible, using hypocritical and flawed arguments. The ability of a young mind to understand and like Tolstoy can be questioned only by those who failed to grasp his message even well into their middle age. People who love and appreciate classic reading know that each age tends to rediscover familiar authors and see new meanings in their work.

Now we commonly hear the incantation that the world has changed and we live in a digital age where classic literature has become simply obsolete. But what such statements really imply is that “classic literature is too complex and makes people more sophisticated, while we do not need a sophisticated public with hard-to-predict motivations.” History shows that the fear of reading always stems from the fear of thinking. Perhaps that is why 15 years ago, along with book summaries, Russian bookstores were flooded with volumes of ready-made school essays. A concise rendering of a literary work reads easily and quickly, but it does not prompt any ideas.