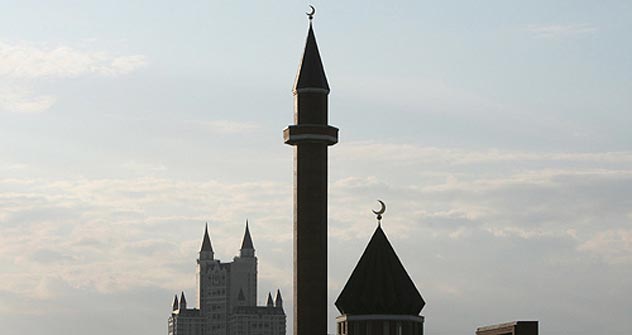 When dealing with Islamic terrorism, Russia and India must act carefully so as not to alienate the Muslim population that forms a significant minority in each society.

Within minutes of the suicide bomb tearing through Moscow’s Domodedovo airport, social-networking sites were hijacked by statements condemning the attack and expressing anger against the authorities. But this was a momentary reaction that has already given in to apathy. The pattern of India’s reaction to terrorism isn’t radically different. Fortunately, India has not faced a large-scale terror assault since the November 26, 2008 multiple strikes by Pakistan-based terrorists, but ‘smaller’ attacks have continued to scab the country.

The reaction is depressingly the same every time: media outcry is followed by charges of intelligence failure, the promise of a probe by the government and in a rare case or two, arrest and trial. But terrorism doesn’t haunt the Indian mind beyond the first few days of the attack.

There are some who even laud the indomitable Indian resilience as it's business as usual soon after the attack. The triumph of civil societies lies precisely in the fact that the Mumbai Local or the Moscow Metro don’t shut down because of terrorist attacks. But there’s a flip-side to apathy: when the people react only in the first few days, then so does the government!

Decoding the DNA of terror reveals that similar strains plague the two countries. The contexts and circumstances though are clearly different. Russia faces ‘domestic’ terrorism emanating from the North Caucasus. India battles both ‘domestic’ terrorism in the form of the Indian Mujahideen (and Naxalites), and cross-border terrorism. When dealing with Islamic terrorism, both countries must act carefully so as not to alienate the Muslim population that forms a significant minority in each society.

This similarity in experience creates a bigger opportunity to leverage each other’s knowledge, experiences and intelligence. To effectively counter terrorism, we need a three-pronged approach that involves the civil society, NGOs (including think-tanks and the media) besides the governments. Both the Indian and Russian governments are reasonably active members of international organizations like the Global Initiative to Combat Nuclear Terrorism or the Financial Action Task Force that works to block terrorist organisations’ financial arteries by thwarting money laundering activities. What is missing is a ‘civil movement’ of sorts. If there wasn’t a tendency to slip into apathy, even something as simple as a candle vigil or peaceful demonstration at the India Gate or Manezhnaya Square would keep the governments on their toes, making them more accountable and forcing them to initiate concrete action plans to assure the people that something is, indeed, being done.

NGOs can also play a crucial role in piling the pressure on the authorities to keep working against the terror apparatus. Firstly, it’s much easier for like-minded NGOs to organise vigils and peaceful demonstrations than it is for an ordinary citizen. Secondly, NGOs can serve as the vital glue between the larger civil society and circumvent potential conflict. India’s Students Islamic Organisation (SIO) engages the youth in social and educational activism irrespective of religion. The involvement of such organisations will not only guard against the alienation of minorities but also give the Muslims a much-needed platform to demonstrate that the true spirit of Islam is against Islamic extremism, a vicious mix of ideology and violence that abuses the religion to kill innocents.

Finally, partnership at the think tank level can become a robust avenue for information exchange and play two other key roles. The first will be to share ground-breaking research and findings to better inform the public and strengthen the civil movement. The second is to conceptualise and formulate policies that aid the two governments in combating terrorism – especially because a country’s strategy against terrorism should not change with a change in governments after elections.

The 2001 Moscow Declaration on International Terrorism laid a strong framework for cooperation between India and Russia in this crucial area. Ten years on, there is a need to support that framework with more credible action. Or do we need another explosion to wake us up?